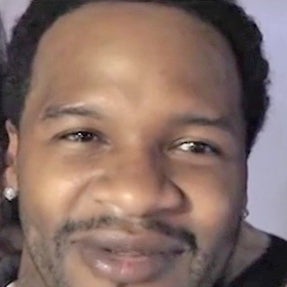 Long before soul legends Luther Vandross and Teddy P passed away, there was a young New Jersey native by the name of Jaheim, whose sound and voice unintentionally paid homage to both musical legends. Probably one of the most underrated male artists in R&B, his newest  project, Another Round, is evident that Jaheim has come into his own age since his debut, Ghetto Love, in 2001. No longer talking about ghetto love, or still being ghetto, Jaheim’s presence and style has evolved from being a bit rough around the edges, to more of a polished gentleman. After three albums however, one thing that hasn’t changed is Jaheim’s powerfully alluring voice. Unexpectedly, Another Round, the 13-track-album delivers only just a few good love and lovemaking tunes–and just in time for Valentine’s Day.  Set to release February 9 through Atlantic Records, a few tracks can be added to your “Half on a Baby” playlist for the holiday with your boo. While it’s unfortunate that production doesn’t excite enough to take this album to the next level, if you’re a lyric lover, you’ll find a few high points to complement your February 14th. One of which is “Bed Listening,” by far one of the most impressive tracks on the album, the humorously sexy song demanding ladies to tell the bed their condition rather than discussing personal business with friends. Another notable is the finger-snapping tune “Finding My Way Back,” Jaheim uses his voice and heavy guitar to discuss his need and want to rekindle an old flame. Jaheim goes retro on “Impossible,” a Motown-inspired track that celebrates new, young, and fresh love. One of the most touching tracks on the album is “2 Pink Lines,” where Jaheim talks about the anticipation and excitement of finding out if his love is pregnant. He offers his love and support and expresses how being a father would be a joy.  But still, even with such a classic sound, sadly Jaheim disappoints. It’s been three years since his last album, Makings of Man, and he still has yet to give us the classic album we know he’s capable of. Vocally he can stand in the same league as the Ne-Yo, Usher, and Trey, but the one thing that has separated him from the pack is the very same thing that he lost. While we do appreciate his evolution in style, his thugged-out persona on his album is missed.  Another Round lacks the edge we’ve become accustomed to, and instead of refining his grittiness on his album, like he did with his look, he seems to have taken it away. We appreciate his real R&B on this album, but if cutting off his braids meant we would lose the part of Jaheim we love, we would have told Jah to keep them. Shoot, we would have even learned how to cornrow.