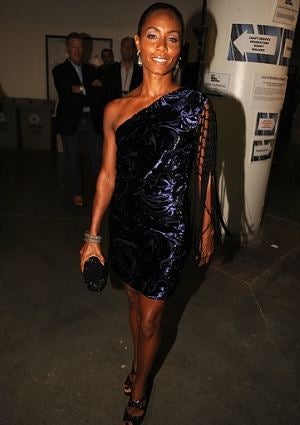 With the success of her son Jaden Smith’s movie “The Karate Kid,” actress Jada Pinkett Smith goes from actress and singer to respected producer. But becoming a player in Hollywood hasn’t been easy for a woman negotiating with male executives in Hollywood, she tells Newsweek. In retrospect, the petite actress says one of the biggest mistakes she made early on was trying to be one of the guys. “Men have a way of communicating with each other that is very direct and clear,” she said discussing the language of man.” “Early on, I really think I attempted to be the loudest one in the room. I wanted to be heard and felt like that was the only way in a room full of men. But eventually I realized that all I needed was my own authentic confidence to get their attention.” Pinkett Smith also had a few observations for why there’s so little diversity in Tinseltown: “They like the familiar so they lean towards that in the people they place around them,” she said of hiring practices.