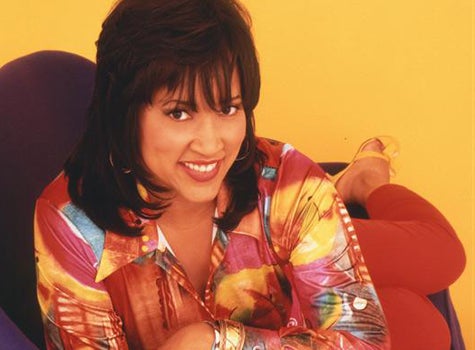 Depending on when you were born is how you know her. If you’re under twenty-five, you probably most recognize her as Lisa Landry, adoptive mother of twin Tia, who was separated from her sister at birth on the hit series “Sister, Sister” in 1994. If you’re a bit older, you remember her in the late ’80s as the fresh and sassy Sandra Clark, on the neighborhood comedy, “227.” If you’re seasoned enough to take it way back, you may even remember her as Lily Mason, the lady of the night on the 1983 soap “Another World.” By now it should be obvious that we’re talking about Jackee Harry, one of the most fiery, sexy, and talented actresses to grace our television screens.   Born the youngest of five children in Winston-Salem, NC on August 14, 1956, by the age of 14, Harry landed the lead role of the King of Siam in her school’s production of “The King and I,” and her love for acting began. Acting was always second to Harry’s aspirations of becoming a teacher, so it was surprising that after she graduated from Long Island University in 1975 and landed a job as a history teacher in Brooklyn, that she quit and headed to Hollywood. Her first role on a television series was that of the lovably fierce prostitute Lily, and it was in that role that her reputation as sex kitten emerged. Her next role was that of Mary Jenkins’ nemesis and all-too-sexy neighbor, Sandra Clark, on the comedic series “227.” Cast to be the brunt of the jokes, Harry released her inner comedic genius, upstaging the all-star cast that included Marla Gibbs, Regina King and Helen Martin back in 1985. The show aired for five years, and was a success, due in large part to the asthmatic-voiced, big-haired, Lucille Ball-inspired role of vamp Sandra. Jackee Harry left the show as the first African-American to win an Emmy for Best Supporting Actress in a Comedy Series. Right before Harry’s brief stint on the show “The Royal Family” as Coco Royal in 1991, Harry admits she had become a diva. The success she reached caused her to become shallow and demanding, and ultimately forcing her to take some time off to work on herself. She returned in 1994 on the television show, “Sister, Sister,” starring the Mowry twins, Tia and Tamara. Trading in the sexy vamp image to become a mother, Harry played the role of Lisa Landry well, and the show positively portrayed the modern Black blended family. Jackee received two NAACP Image Awards for the role before the show ended in 1999.   Three husbands, one adopted son, five theatrical performances, and one season of “Celebrity Fit Club” later, Jackee Henry is still focused on her career. You can catch her today directing and teaching acting seminars for young hopefuls, and planning her eventual comeback on television.   Until she does, we would be remiss not to pay tribute to one of the most sassy, brassy, sexy, sultry, wisecracking African-American actresses of our time.