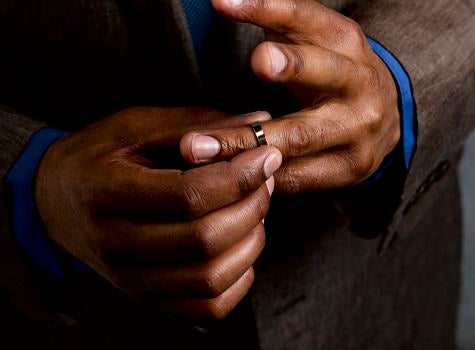 American satirist H.L. Mencken once called adultery “the application of democracy to love.” If only marriage were as simple as allowing your spouse to exercise their democracy. For many, infidelity is the ultimate betrayal of trust and family. It doesn’t have to be seen as such, says psychotherapist, Esther Perel, author of “Mating in Captivity: Reconciling the Erotic and the Domestic.” In an interview with Babble.com, Perel argues that an affair may actually strengthen a marriage. According to Perel, most affairs have little to do with the marriage and more with a person needing other intimate relationships in their lives. So expecting your spouse to be your everything is setting yourself up for failure. As she sees it:

One of the keys to maintaining a great marriage is having a healthy sex life, she advises, and finding ways to maintain an “erotic connection.” Couples who lose the spark also risk straying. But even when one spouse does cheat, Perel sees a window of opportunity because, as she puts it, “If they can bring that energy home, that can energize the marriage.” While not outright calling for everyone to go out and cheat, Perel suggests that couples “cheat” with each other by doing the little things they did while courting. One way is to create erotic spaces by setting up private email accounts “where they’re not allowed to talk as mom and dad,” just as a man and a woman. Perel’s theory falls in line with several published studies that question monogamy. One, from the Italian Institute of Social Sciences, found that the more a couple dabbled with extramarital affairs, the happier their marriage. Then again, this is not the norm in the United States. According to stats from the National Opinion Research Center at the University of Chicago, 65% of marriages end up in divorce because of adultery. The other 35% of marriages survive, but what about trust? Research shows that men are less forgiving than women when their trust is broken. Is it a matter of changing how we view extramarital affairs? What do you think?