(ATLANTA) — A massive fire caused an interstate bridge to collapse during rush hour Thursday in Atlanta, just minutes after witnesses said police halted traffic and turned cars away from the crumbling overpass. However, officials said no one was hurt despite dramatic images of massive flames and towering plumes of smoke.

The Atlanta Journal-Constitution reports the fire burned for more than an hour under I-85 northbound near Piedmont Road, spewing large plumes of black smoke skyward. The interstate — a major artery for the U.S. South that runs through the heart of Atlanta — was closed indefinitely.

The impact on traffic long-term was not immediately known, but traffic was bumper to bumper on nearby surface streets Thursday night as people scrambled to find alternate routes. 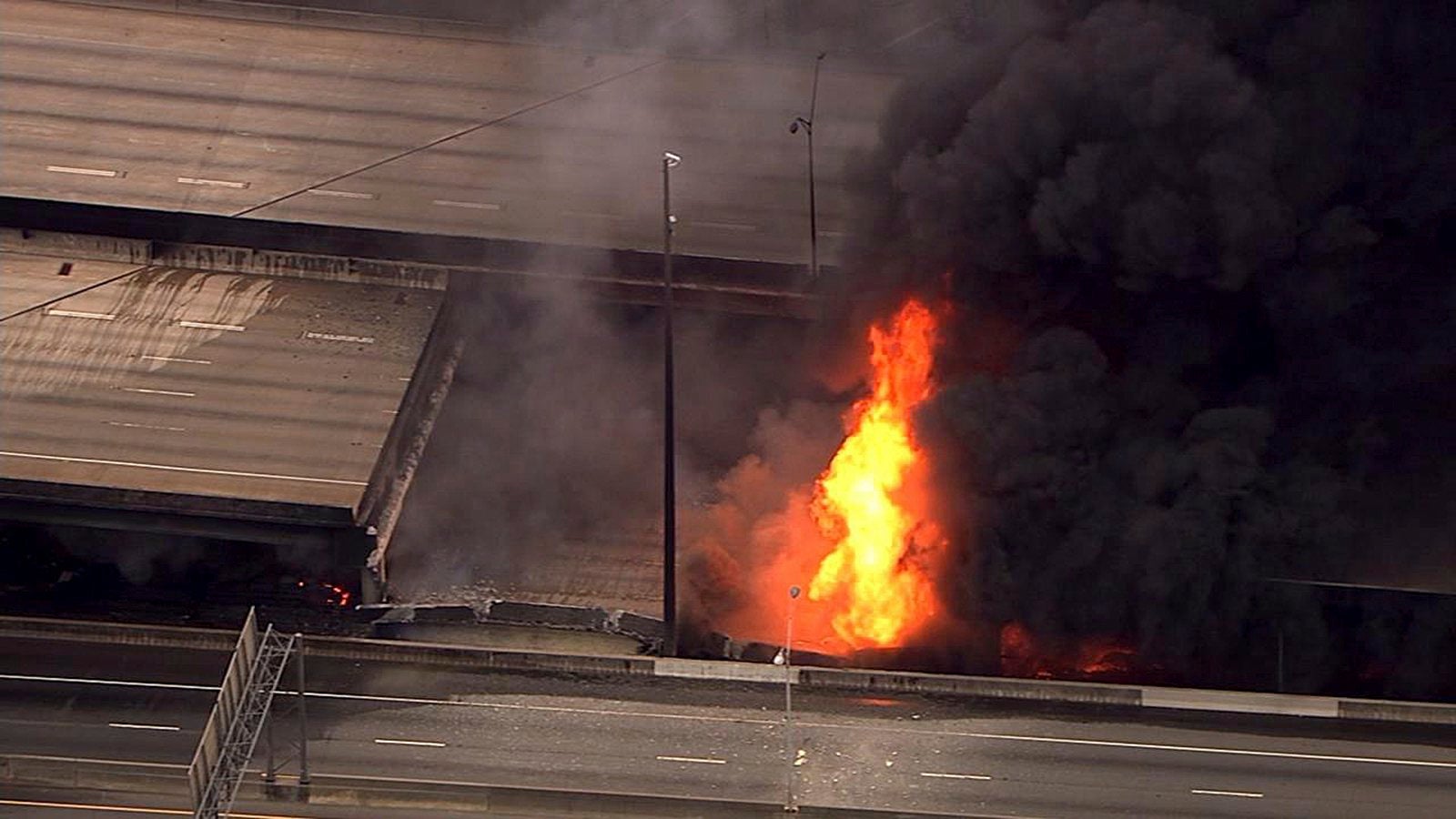 All Rose Diggs told The Atlanta Journal-Constitution that she lives less than a mile from the fire site but couldn’t get home because of blocked surface streets. She said she was told to walk despite being disabled, “but it’s raining and dark.”

Capt. Mark Perry of the Georgia State Patrol told the newspaper that the agency doesn’t know what started the fire but that terrorism is not suspected.

Gov. Nathan Deal told reporters that some PVC plastic materials may have caught fire. “I do not know why they did or what the source of their transport was. But those are questions that will hopefully be answered at least by tomorrow morning.”

Deal added that “to his knowledge we have not had any injuries as a result of this fire on the bridge.”

The department warned all motorists to stay off I-85.

Deal said inspectors were at the scene and they’ve contacted the original company that built the bridge to come in and assess the extent of the damage.

“We’re trying to determine everything we can about how quickly can we repair it and get it back in service,” Deal said. “I can assure you we will do everything to expedite the repair and replacement of that section of the bridge.”