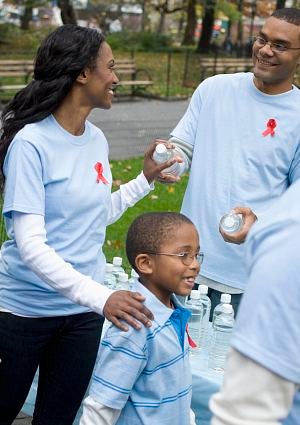 The Ford Foundation has announced a $25 million initiative aimed at addressing the spread of HIV/AIDS among African-Americans in the District of Columbia and nine yet-to-be-named Southern states. Black women in particular, continue to be hit the hardest by the epidemic, making up 65% of all new AIDS cases among women, according to the Center for Disease Control and Prevention. The rate is 18 times more than White women. The South accounted for almost half (46%) of all new AIDS cases in the country said a recent report. “While Black Americans represent only 12 percent of the U.S. population, they account for 45 percent of new HIV infections,” said Maya L. Harris, vice president of Ford’s Democracy, Rights and Justice program. “The HIV infection rate among African Americans, if looked at in isolation, would rank the United States as one of the countries in the world most affected by the epidemic. We can’t accept that,” added Luis A. Ubias, president of the Ford Foundation. The initiative will roll out in the form of $5 million grants given to support grassroots organizations with proven track records of helping communities create awareness and address stigma.