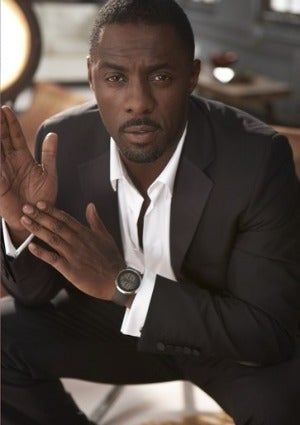 Though tonight is Hollywood’s biggest event, don’t expect to see too many brothers and sisters in the audience. In fact, not too many of us were nominated throughout awards season and some of Tinseltown’s leading men have had enough. Both Idris Elba and Anthony Mackie are voicing their opinions on the situation and suggest we need to do more of our own films.

During Lens Project’s “Artist Spotlight” series held on Rutgers University’s Newark campus, Idris Elba shared his thoughts on Oscars current “White-out” saying, “Halle Berry and I were the only two Black actors nominated for this year’s Golden Globes. The Oscars aren’t designed for us… let’s focus on making more films.”

Actor Anthony Mackie sympathizes with Elba’s comments though he’s the only actor of color on Vanity Fair’s Oscar issue. He says there’s much work to be done in Hollywood. “I think right now [Blacks] are being kinda lazy on our game,” he told the Grio.com. “There are enough brothers with distribution deals and productions deals where we should be making our own movies.”

Both Elba and Mackie make a great point. Why aren’t we producing more of our own movies, writing our own TV shows and screenplays? Our community holds the talent and work ethic that can produce Oscar and Golden Globe worthy films. What’s the hold up?

Chime in with your thoughts. Why aren’t we creating more work for our actors and actresses?