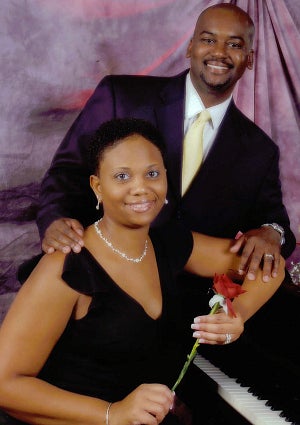 In January 2003, I moved to the Tampa Bay area to attend law school–I wasn’t excited. After spending the last few years living in Washington DC, a.k.a. Chocolate City, relocating to a White-washed vacation town was about as exciting as doing your taxes when you’re sure you owe the IRS. Despite all of my mental preparation a few months into school I found myself facing a harsh reality check: I was lonely. I didn’t want a man, but I did need friends–preferably some with brown faces. I’ve always been a guy’s gal. In DC, I was used to hanging out with male friends–totally platonic–but in Florida there was none of that. After flying solo for a while I decided to go out on a limb… and put out an advertisement online.   Was I concerned about my safety? Umm…of course! We’ve all seen those news specials searching for missing women who’ve hooked up with men they met on the Internet, but I was also at my wits end. I decided to take a calculated risk. I finally posted my ad. There was no picture. I didn’t use flowery language. I made sure I stated that I was only looking for friendship. The first few responses I got were creepy and quickly got sent to the circular file–better known as the trash can.   Eventually, I met Courtney. I thought he was cool immediately. He seemed grounded. He had a good job. He was a Christian. Most importantly, he just got out of a relationship and he wasn’t on the prowl. That was perfect for me since I was truly looking for a friend–and I planned on moving back to Washington, DC as soon as I got my degree. Courtney and I clicked right off the bat. Our first conversation was almost three hours long and I was happy to be connected to someone on my same wavelength. Over the next few weeks our friendship grew. We talked regularly, but he wasn’t clingy. I liked so many things about this man, especially his honesty. He was like an open book. I never had to guess where I stood with him. One day my feet were firmly planted in the homegirl category and then it changed. When Courtney asked me if I’d like to go on a date I was elated. Our friendship had truly blossomed into a beautiful relationship and I was excited to see what was next.   There was only one problem? Our first date sucked. I can’t put my finger on what turned me off but I just remember sitting next to him at the movie theater and feeling “underwhelmed”. Spending time together revealed little things that you can’t get over the phone, like he has a loud laugh. When I got home that night I solemnly vowed to my best girl friend to slamdunk Courtney back into the friend zone. He had a different agenda. Courtney came with the full court press. He knew I loved amusement parks and offered to take me to one the next day. I quickly learned that dating a good friend gave them a strategic advantage; they know all of your favorite things. Courtney ravished me with what I needed most: true love. I remember one time during finals, Courtney knew I was stressed and asked me if I could get away for an hour. We went to the beach and just relaxed. It was perfect.   I truly felt like I found my Prince Charming, like a fantasy. He supported me. He romanced me. He understood me. Courtney and I went from being Internet buddies to good friends to an item in just a few months. We got married two years later. I’m happy to say that I’m still just as in love with him. We’re great friends. We still love hanging out. We still go dates. We still pay attention to each other’s needs.   Balancing going to law school and having a social life was a challenge, so I’m happy I thought out of the box. I believe God can send you the perfect person by unique methods. Online dating still has a bit of a stigma, but it can work. That’s how I met my husband. Related stories: