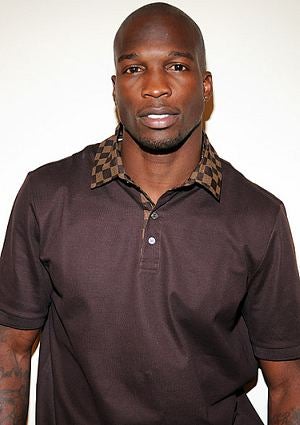 Ever since charismatic Cincinnati Bengals wide receiver Chad “Ochocinco” Johnson danced his butt off on “Dancing with the Stars” earlier this year, he’s been a hot topic on the small screen (aside from his NFL career) — so it was inevitable that he would get his own reality show. In “Ochocinco: The Ultimate Catch” on VH1, the Miami native searches for love, but not everyone loves the women he has chosen. Some Black women feel snubbed, but Ochocinco doesn’t understand why. He spoke with ESSENCE.com about dating and how he really feels about Black women. ESSENCE.com: Your show “Ochocinco: The Ultimate Catch” premiered on Sunday and you’ve caught a lot of flack because you only chose two Black women. How do you feel about that? OCHOCINCO: I don’t understand why. Those who know me didn’t think twice about it because they already know how I am. I deal with all types of women. My mind set is that I think outside the box. I’m all over the place and I want to experience everything. There’s nothing wrong with [Black women] at all.  If I did it the way they wanted though, there still would have been something to fuss about. It’s a lose-lose for me because no matter how I do it, there’s going to be an argument. I did Wendy Williams yesterday and I said for those who are offended about it, I apologize.  But if you ever run into me, you’d date me.  ESSENCE.com: Are you surprised that Black women feel the way they do about your show? OCHOCINCO: I can’t do anything about that. I’ve never heard other races complaining about their men dating outside of their race besides Black people. I hate that we continue to pull that race card. Experience life in general. It’s not that there’s not enough of us because I’m going to deal with y’all anyway, I always have. [People] make it an issue because it’s now on camera. ESSENCE.com: Can you understand where some Black women are coming from? OCHOCINCO: Yeah, but I still can’t appease you. I have a preference. I’m not trying to appease you on my show. I’m trying to find happiness for me and it doesn’t come from just dealing with one type of woman.  ESSENCE.com: What is your “preference”? OCHOCINCO: Black, White, Chinese, I don’t care what you are. If you put a smile on my face, I don’t want much. I want somebody who is fun, has a personality and can cook and take me to McDonald’s. Keep your nails and your feet done, and we’re good to go. You have to have a personality like me. Someone fun and outgoing, passionate about life in general, a go-getter with a sense of humor. Beautiful is okay, but I’ve dealt with beautiful women so many times before and they had nothing else to offer. I need more than that. ESSENCE.com: Why did you choose to do “The Ultimate Catch” and what are you getting out of it? OCHOCINCO:  I’m single for one, and I don’t have anyone. The opportunity came about to do it. and I was like ‘why not?’ I haven’t been successful at dating so I thought why not try something different. I might find someone, I might not.  ESSENCE.com: You’re Ochocinco, why is it hard for you to find a good date? OCHOCINCO: There’s a saying: “Just because you have money doesn’t mean you’re happy.”  Just because I’m Ocho doesn’t mean I’m supposed to have a woman either.  ESSENCE.com: Have you ever thought about changing the kind of women that are around you?  OCHOCINCO: I’ve dealt with all types. I’ve dealt with normal women who aren’t in the spotlight, I’ve dealt with celebrities, supermodels, regulars, video girls. I’ve been there.    ESSENCE.com: Is your lifestyle ready for a relationship though? OCHOCINCO: Yes because my lifestyle needs somebody to complete everything I have going on. As much as I have going on, I have nobody to share it with. ESSENCE.com: So tell us, are you really half Mexican? OCHOCINCO: It’s a joke. I am from the hood. Liberty City [Miami] to be exact.   ESSENCE.com: On another note, you’re a hometown favorite in Cincinnati and I’m sure all hell would break loose if you ever left. What are your thoughts on LeBron James? OCHOCINCO: They won’t let me go anywhere. LeBron was free agent so he could do as he chose. I don’t understand why they’re making such a big deal about it. He gave Cleveland his seven years and he played his contract out.  When you play your contract out, you’re able to do as you please. “The Ultimate Catch” airs Sunday nights at 9pm on VH1