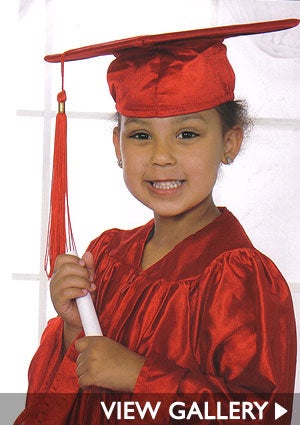 A rose colored casket adorned with hundreds of flowers sat at the front of the church. A casket so small that it served as a vivid reminder that inside laid the body of a small defenseless child. Her name was Shaniya Davis. More than two thousand people packed the church, and hundreds peered through the windows to catch a glimpse of the homegoing ceremony. Shaniya’s father, Bradley Lockhart who was not scheduled to speak, got up and encouraged the community to not get angry about the situation because he believed that God had a reason for taking Shaniya so prematurely. He then turned to his daughter’s rose-colored casket and said lovingly “I know you’re going to be waiting for me [in heaven]. I’ll see you when I get there.”

Mr. Lockhart’s strength in the midst of such a horrific tragedy is commendable because most of us would have succumbed to anger and rage had something like this happened to our child. In fact, most of us didn’t know Shaniya, but the emotion that her tragic story evoked was paralyzing. She was able to give a face to something so sadistic and perverted that most choose not to acknowledge…that everyday, hundreds and thousands of children are sold into the sex trade. It’s a phenomenon known as sex trafficking.

There is no consistent face of a trafficking victim. They are both male and female. They are of all ages, races, and socio-economic backgrounds. However, although anyone can fall prey to trafficking, victims tend to come from vulnerable populations such as runaways, at-risk youth, drug addicts, the poor, and oppressed and marginalized groups. Traffickers often target individuals in these populations because they are reportedly easiest to recruit and control. These criminals are driven by two primary factors: high profits and low risk. The FBI was recently able to recover 52 children that had been sold into prostitution. Consequently, over 500 traffickers were successfully convicted. However, this is only the tip of the iceberg because reports suggest that well over 100,000 children and young women are sex trafficked every day. What makes Shaniya’s story all the more disturbing is that it is her very own mother that stands accused of selling her precious baby girl into sexual slavery. Despicable, nauseating, infuriating…but a reality of the world in which we live.

What I’d like for people to understand is that no one is safe when it comes to this issue. Just as you get up routinely each day to go to work, pedophiles wake up to plan and strategize just how they can lure and molest children. They are extremely adept at doing just that. That is why the statistics show that a child is abducted every 40 seconds in our nation. Moreover, nearly 50 percent are African American. There is a false sense of security that many of us tend to have because we feel that our circle of elite friends and family, and large brick homes buffer us from the inherent cruelty of the world. However, the statistics do not lie.

Sadly, there are millions of Shaniya’s across the world. They have no voice. They have no power. They have no face, and until recently, the wider public refused to even acknowledge that their stories were legitimate. Shaniya’s story helped to change this. So, I agree with her father. God had a plan, and was ready to bring an angel home because her job had been accomplished. May you rest in peace baby girl.