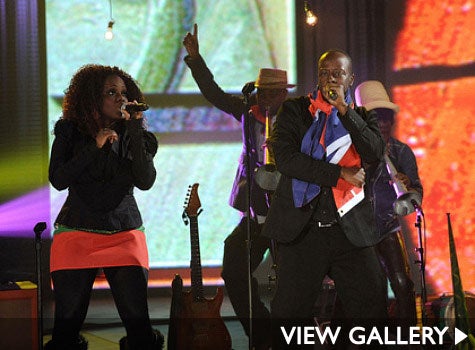 The stars were aligned on Friday night for the survivors of the Haiti earthquake. Thanks to more than 100 celebs performing and manning telephones, organizers say they have raised $58 million to date, reports CNN. The amount does not factor in corporate donations or those that continue pouring in from around the world. The ‘Hope For Haiti’ album was the No. 1 album on iTunes though sales figures are still being calculated. Donations are still being accepted via phone, text message and online for the next six months. Proceeds from the benefit will go towards Wyclef’s Yele Haiti Foundation, Oxfam, the Clinton Bush Haiti Fund and Doctors Without Borders, among others.