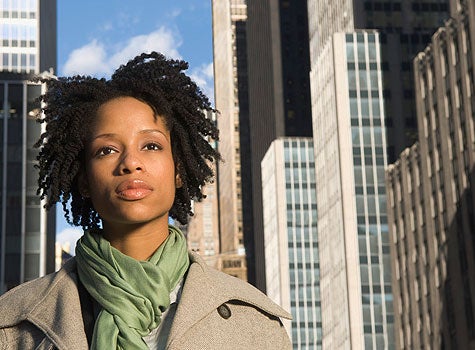 The holidays, to steal from the songs filling the air, are a time of joy, cheer, three wise men and a few of our favorite things. It is also a time of heightened feelings of sadness and loneliness, or what is also called, the “holiday blues.”

Several factors contribute to the “holiday blues,” according to Mental Health America. These include: stress, fatigue, unrealistic expectations, over-commercialization, financial constraints and an inability to be with one’s friends and family.

Depression does not rise significantly during the holiday season, as found in studies by the Center for Disease Control and Prevention and the National Center for Health Statistics. Nor do suicide rates, as proven by a 35-year study in Olmstead County, Minnesota, which found no increase in suicides three days before, during, or three days after Thanksgiving, Christmas, New Year’s Day.

According to a depression fact-sheet by NYU’s Langone Medical Center, some people suffering from depression during the holidays actually receive more support than normal from family and friends. This however, is not necessarily true for African-Americans, who tend not to be vocal about their depression and are one of the two groups least likely to seek help, according to a survey by the National Institute of Health. Only one-third of Americans with a mental health problem get care. Yet, according to the Surgeon General’s Report administered by the US Department of Health and Human Services, Office of the General Surgeon, SAMHSA, the percentage of African Americans receiving needed care is only half that of non-Hispanic whites. One study reported that nearly 60% of older African American adults were not receiving needed services.

Statistics on African American women and depression in particular, are either non-existent or uncertain, according to Barbara Jones Warren, RN, MS, PhD, professor of Clinical Nursing at Ohio State University.

“Part of this confusion is because past published clinical research on depression in African-American women has been scarce,” said Warren. “This scarcity is, in part, due to the fact that African-American women may not seek treatment for their depression, may be misdiagnosed, or may withdraw from treatment because their ethnic, cultural, and/or gender needs have not been met.”

“As people of color, we don’t have the real experience of dealing with it [depression] yet,” said Terrie M. Williams, a licensed social worker, publicist and author of “Black Pain: It Just Looks Like We’re Not Hurting.”

“But we have to realize that sometimes the therapy appointment is necessary to stay sane.” Opening up about our problems could help us to beat depression.”

“We are dying,” said Williams, “and the most revolutionary thing we can do is share our stories.”

During this holiday season, Williams shares some tips to beat the “holiday blues”: