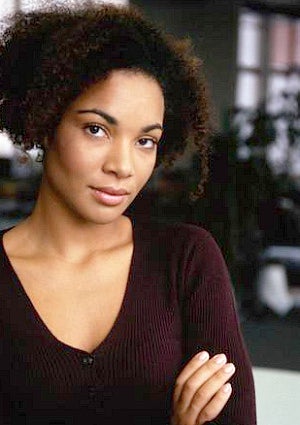 I know you’re smart enough to ask your sexual partners about HIV, but are you asking them about Herpes too?   Nearly one in every two African American women ages 14 to 49 has genital herpes, the Centers for Disease Control and Prevention announced at an STD Prevention Conference in Atlanta yesterday. Furthermore, two out of every five Blacks in that age group carry the virus compared with one out of every six Americans. Um… that’s A LOT of people. Oh, and while I’m throwing out numbers, know that having genital herpes can double the risk of contracting HIV–that’s also from the CDC.   Just like with HIV, you must do more than ask a man you’re planning to have sex with about his status, especially since 80% of the people who are infected don’t know. You must make him get tested. If presented with the option of no sex or getting tested, any halfway sane man will opt for the inconvenience. And if he doesn’t want to get tested, stay away while you wonder what he knows he has or what he’s afraid to find out about. You’ve got a significant enough chance of avoiding HIV if you use a condom… but with herpes? Not so much. It can spread through skin-to-skin contact, even when your partner doesn’t have an outbreak through a process called “shedding.” So you must ask your partner to get tested specifically for herpes since it’s not included on the general STI test. Back in June 2009, I edited a story about an anonymous man who I’d met though work. He’d kept in contact with me for about a year, calling every now and again to chat and such. Occasionally, I’d run into him out and about in New York. Nice guy. Professional, cute, but not my type. One day, he leaves a voicemail for me at work saying he has a story idea. I called him back and that conversation resulted in an article called, “Gambling With Herpes,” by Anslem Samuel. It began: “Ten years ago, after having unprotected sex… I was diagnosed with herpes. And I only told two women about it out of the 20 I went on to sleep with. From the time I was diagnosed in 1998, I only used condoms half of the time… No one ever asked me to get tested for herpes… I never admitted that I had it to women I was in relationships with. I thought about confessing, but I never had the courage. I feared being rejected by someone I cared about…”  And if you think his story is one in a million, you’re wrong. Lying (by omission) about herpes is surprisingly common. ESSENCE included an email with his story and it was flooded with confessions from men–like the one below–who aren’t telling the whole truth and nothing but to their sexual partners. From a man in a major US metropolis: “I have had “the H” for about two years. I live in a city where there are plenty of fly sisters and the industry that I am in allows me to meet them daily–which leads me to my point: I have chosen not to disclose my status to them knowing that I could potentially give them something that will change their life forever like it has changed mine. I too have been allowed to not use a condom and felt like sh*t the moment after, knowing that I was in the wrong.” Before you blame Black men for the downfall of Black women’s sexual health, there are women aplenty who intentionally aren’t being upfront either. Here are a couple other stories from the ladies that also landed in our Inbox (all identifying details have been removed):   “I didn’t have unprotected sex. I just allowed him to rub his manhood on my raw before he put on a condom. I was later told by some of his friends, he had given herpes to three girls. I decided not to tell any of my sexual partners, which include NFL players, doctors, famous rappers, producers, singers, other students, and regular 9 to 5 average Joes. I hope to find someone to accept me for who I am and not what I have, but how can I when I’m afraid to tell?” “I was infected by the guy I am currently with. I’ve wanted to leave this relationship many times, but the first thing that comes to my mind is “who is going to want to be with me with this disease?” So I have stayed and continued to deal with his cheating and lying for six years. Now, we have a three-year-old son.” “I got herpes when I was 16.. I met my husband at 17 and we started having sex. I knew I had it, but I was so scared of rejection that I didn’t tell him. That, and the feeling was so good without protection that I never thought about infecting him. Two years into our relationship, he caught it too. We have been together for 11 years now and he’s never forgiven me.”        I don’t condone anyone not telling their partners. Not at all. But I understand. Think about it: if the person you were dating right now confessed they had herpes, would you stay?   A couple of you said, “yes.” A few more thought, “eh…” And leaned toward ‘no.’   Most of you just said “hell no!” to your computer screen.   I tell you all these stories to ultimately conclude exactly what the anonymous man who shared his story with ESSENCE said:   “A lot of men are going to hate me for admitting this, but women can’t rely on us to be up-front when it comes to disclosing our sexually transmitted infections.” Guys: you can’t count on women either.   Everybody: Don’t just wrap it up. GET TESTED! Or “Just say no!” Read more: