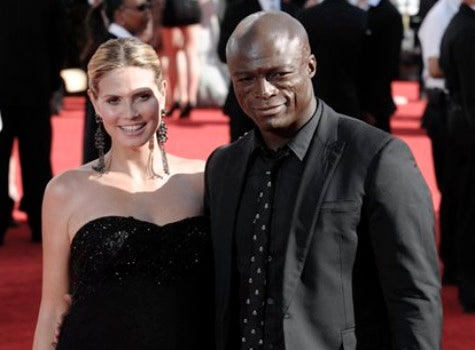 Seal and his supermodel wife and “Project Runway” host Heidi Klum (or rather, Heidi Samuel) unveiled pictures of their baby girl on Seal’s website. Daughter Lou Sulola Samuel is seven weeks old. She joins her siblings Leni, 5, Henry, 4, and Johan, 2. The pictures were posted along with an adorable song Seal wrote for his family called “A Father’s Way.”