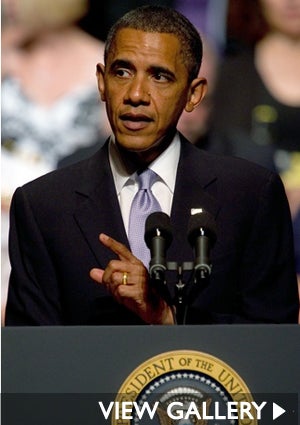 Ahh, what a difference a year makes. Last summer town hall meetings across the country were battlefields, with angry protesters sounding off about their healthcare reform fears. Today, after a yearlong debate that seemed endless, those oh-so-controversial reforms to the American healthcare system are the law. The impending changes are especially critical to African-Americans, since nearly one in five don’t have health insurance. Many benefits of the Affordable Care Act — including state-run health insurance, marketplaces that offer a wider choice of plans, and a requirement for most Americans to purchase insurance (except for low-income people who will receive subsidies) — won’t be fully established until 2014. But some aspects have already kicked in or will take effect in the next couple of months. To help people understand these early changes, the Obama Administration launched a new website, HealthCare.gov, where you can learn more. Here’s an introduction to what the first phase means for you. Help for the Young and Unemployed Starting in September, young adults who don’t have insurance through their own jobs will be able to stay on their parents’ policies until the age of 26. Adult children who currently buy their own policies will be able to switch over to their parents’ employer plans. Banned: Denying Kids with Pre-Existing Conditions Parents who can’t get coverage for children with medical problems, or for specific ailments like asthma, will get some relief. This year, denying coverage for kids with pre-existing conditions becomes illegal. …and Adults with Pre-Existing Conditions Will Get Access, Too Starting in 2011, adults who are shut out of the insurance marketplace for having pre-existing conditions will get access to temporary coverage. A $5 billion fund for these Americans is designed to cover them until new healthcare exchanges are set up in 2014. No Co-Payments, No Deductibles (for Preventative Care) In September, private plans purchased on the individual market will have to provide free preventative services, such as annual physicals. Starting on January 1, 2011, the same deal will be available under Medicare. Dropping Sick People? Illegal Effective in September, health plans will be banned from dropping coverage for people who get sick. Cutting Out Health Insurance Caps For policies obtained on or after September 23, health insurance companies will not be allowed to issue lifetime limits. The use of annual dollar limits will be phased out over the next three years, and will be banned from new plans this year. Relief for Early Retirees Right now employers that provide insurance to early retirees, aged 55 to 64, can apply for temporary help to offset those costs. A $5 billion healthcare program has been set up to relieve employers and increase access to coverage. For more Obama Watch stories, click here.