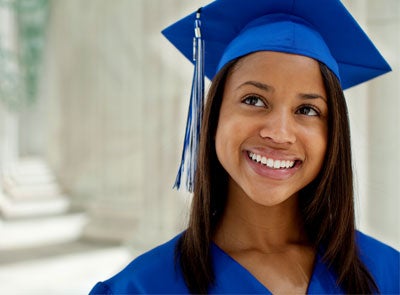 Anyone who has ever spent time in the house of the Lord knows that church folks are liable to haul off and say just about anything, and not be shy about it either. So I didn’t think it at all strange when an older woman launched into a long lecture to the young people on the dos and don’ts of decorum.

“And don’t think you gotta just apply to Black schools either,” she crowed to the high school seniors. “Look around at real schools. Give them some consideration, too.”

I gripped my chair, torn between checking a mother of the church and respecting my mama’s home training. Did she just say that Black colleges aren’t real schools?

It’s not just her. I’ve been hearing a lot of Black folks knocking HBCUs in some kind of “I have arrived” snobbiness. My, how some of us have gotten sididdy in the span of 60 years, when public institutions integrated only because they were forced to do so after the victory of Brown vs. The Board of Ed.

Just one itty-bitty generation ago, Stanford wasn’t sniffing around for the best and brightest in young, Black minds. Neither was Georgetown, or Ohio State. And certainly not University of Alabama, where Gov. George Wallace used his body to prevent Vivian Malone Jones and James Hood from colorizing the classrooms.

I’m not saying we shouldn’t capitalize on the sacrifices laid down by those brave people before us so we can take advantage of offerings at mainstream institutions. It would be pretty pointless not to. But in the process of becoming multi-degreed scholars, we have no business turning up our noses up at the historically Black colleges and universities that educated us long before other schools were even an option.

I’m a proud graduate of an HBCU, the first one in the country as a matter of fact; Lincoln University, home of brilliant minds like Langston Hughes, Kwame Nkrumah and Thurgood Marshall. Aside from making the decision to become an English major, the best academic choice I ever made was to attend a Black school.

Some folks don’t need a lot of personalized attention. I did. My professors knew me by name and would call my tail out for not meeting their expectations. Even though it got on my nerves back then, I needed the family feel of an HBCU to turn my potential into actual achievement. It was impossible for me to sit in class and not feel humbled by the fact that so many amazing people had studied for midterms, fretted over finals and knocked out research projects in the very same seats I was sitting in. We were literally walking in the shadows of greatness.

A few years ago, there was an email going around that started, “You Know You Went to an HBCU If…,” and fired off a litany of hotmessness that most of us who went to any one of those 105 fine institutions could relate to, whether you went to North Carolina A&T or Del State, Howard or Hampton, Tuskegee or Grambling. The camaraderie of a Black school doesn’t just stretch across a campus. It extends to students who went to other HBCUs, too.

By the time I wrap up my degree-chasing, I will have graduated from three historically Black colleges, Lord willing, so I’m a firsthand expert on their value and merit. My 12-year-old daughter and I have even logged onto Spelman’s website to get a head start on her college search. If HBCUs aren’t real schools, oh well. I guess we’re about to throw a few more dollars into the wind.