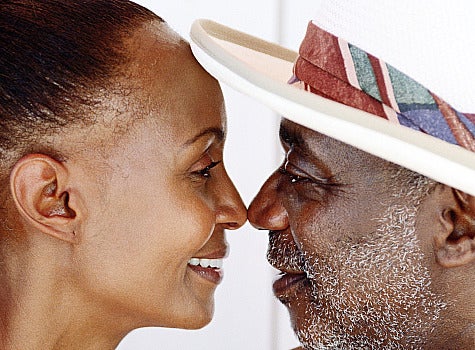 Happily hitched couples, you’ve got one more reason to pat yourselves on the backs–better health than your single counterparts. According to a recent report in NYTimes.com, “married people are less likely to get pneumonia, have surgery, develop cancer or have heart attacks.” There’s a catch, though. You’ve really got to be in a happy marriage. Research from married scientists Ronald Glaser and Jan Kiecolt-Glaser shows that couples in stressful marriages are more inclined to illness than people in happy relationships. Furthermore, other studies show that singles fared better than those who were married and then divorced. The article also looks at how couples argue as an indicator of heart risks. A study by University of Utah psychology professor Timothy Smith shows that women have higher risks of heart problems when they engage in conflicts that lack any indication of warmth, while men’s risk of heart disease increases when they battle for control with their wives. Still hand-holding and other affectionate touches have wonderful stress-relief gains. It’s ridiculous to think that you and your husband will never fight or have ongoing conflicts. It seems the key is to fight fair. Don’t call each other nasty names and try to maintain some level of fondness even when you want to wring his neck. No one said it would be easy, but your health depends on it. Read More:
Loading the player...

Inside The AMEX Platinum Studio At Art Basel