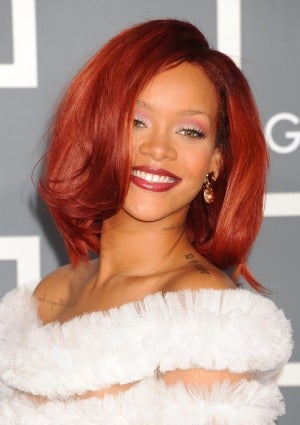 Today Rihanna turns 23! Undoubtedly she’s accomplished mountains in her six year career. In addition to releasing five successful albums she also holds the record for the most number one singles on Billboard’s Maintstream Top 40 chart — tied with Beyonce and Mariah Carey. Not to forget she’s a budding fashionista, actress, entrepreneur and rising entertainment icon.

Just last week she put on two stellar performances at the 53rd Aunnal Grammy Awards, picked up a few trophies, flew to Britain to perform at the Brit awards, flew to New York to launch her newest fragrance “Reb’l Fleur” and announced the opening act for her upcoming “Loud” tour. Despite her hectic schedule, we’re certain she’ll find time to blow out the candles on her birthday cake.

Join us in wishing Rihanna a very Happy Birthday!