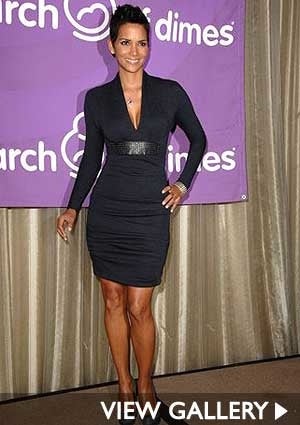 THR’s Editor-in-Chief Elizabeth Guider applauded Berry not only for her acting chops but also for her work in advancing the causes of minorities. Guider also recognized the importance of Halle taking home the award, presented by Lifetime, in this historic year for diversity in the United States.

Berry became the first African American woman to receive a Best Actress Oscar in 2001 for her performance in ‘Monsters Ball.’ The Hollywood mom is also the national spokesperson for the Jenesse Center, a non-profit that gives assistance to families affected by domestic violence. Desperate Housewife Eva Longoria-Parker and fellow Academy Award winner Hillary Swank are set to speak at The Women in Entertainment Breakfast, which will take place on December 4 at the Beverly Hills Hotel, and honors the 100 most influential women in the industry.