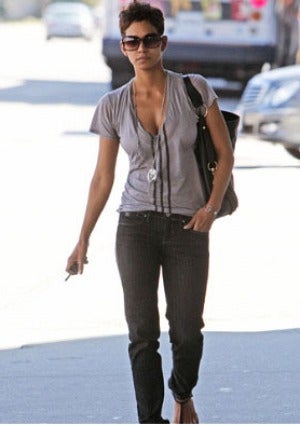 With a crazy custody battle in the works, it’s no surprise it’s being reported that Halle Berry is leaning on her mother for a little support. The actress was recently spotted driving away from her mother’s  Beverly Hills home after a visit.

The custody battle over 2-year-old Nahla reportedly heated up after Berry’s ex, Gabriel Aubry,  refused to accompany her to shoot the romantic comedy, “New Year’s Eve” in New York City. According to a source close to Berry, the actress’ contract for the film included compensation for Aubry to accompany her and Nahla to a shoot in New York. But when Aubry decided to not go, Berry was forced to end her contract and role in the film.

Sources also claim Aubry refuses to call his daughter “Black.” After reading reports referring to Nahla as “Black,”  he reportedly goes “nuts” and insists that his daughter is only White, a close source told TMZ.

We can only hope the battle gets better from here — good luck, Halle!