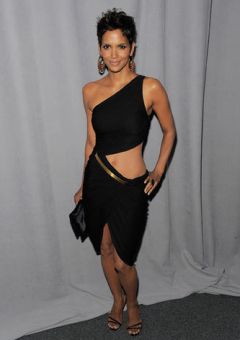 Halle Berry may briefly leave the silver screen to work on a new television series. The Oscar-winner is reportedly starring in “Higher Learning,” a drama series being shopped to cable networks like HBO and Showtime, according to Deadline.com.

Halle will play a college professor in the series, which was written by Lee Rose, a 30-year veteran of the film industry and mastermind behind other television series including “Weeds,” “Related,” and “Greek.” “Higher Learning” would be Halle’s first TV-series venture in more than 10 years. She’s starred in the made-for-TV movies “Their Eyes Were Watching God” and “Introducing Dorothy Dandridge,” for which she won both a best actress Emmy and Golden Globe in 2000.

There’s no word yet on when details about the series will be finalized. We’d love to see Halle return to TV!