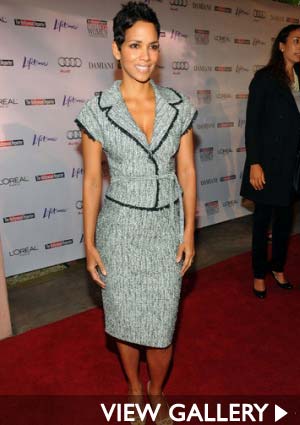 Halle Berry was honored at the “Hollywood Reporter’s” 18th Annual Women in Entertainment Breakfast yesterday. The big screen heavy hitter received the Sherry Lansing Leadership Award. As the first African American woman to receive a Best Actress Oscar, in 2001, Berry is a leader in her industry. As a spokesperson for the Jenesse Center, Berry also speaks out against domestic violence.
LEARN MORE ABOUT THE AWARD.