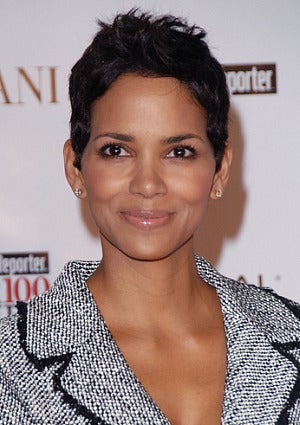 Halle Berry has opened up about her roller coaster love life, admitting that she “made all the wrong choices when it came to love.” Since the start of her acting career, we have witnessed Berry’s very public relationships and divorces — which made us wonder why this mega-talented and beautiful actress could not seem to hold it down in a relationship.

Her first marriage to David Justice ended in 1997 and her second, to Eric Benet, dissolved in 2005.  Berry says she realizes now that marriage is just not for her. “I wish I had known then that I was not the marrying kind. It would have saved me a lot of time, heartache and grief over the years. I have done it twice and I am not going to do it again,” she told the UK Sun newspaper.

Berry’s relationship with model Gabriel Aubry, the father of her daughter, also ended abruptly last year and led to a rocky custody battle. The two were in court this Tuesday for another round of custody hearings, and reports claim Berry and Aubry are close to finalizing an agreement.

Although she endured hard times in her love life, Berry says she is grateful for the lessons she learned through it all. “Now, it is like a gift to myself — seeing more clearly and making better decisions.”