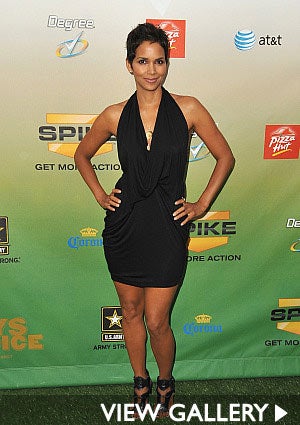 According to a recent poll of 2,000 women, our obsession with be being stick-figures might finally be over. Singersroom reported that the women selected for the poll chose Halle Berry’s petite, proportioned frame and Beyonce’s curvy body as two of the most desirable figures in Hollywood. Actress Kate Winslet who also sports a healthy size topped the list, indicating that maybe we’re done the whole waif delusion.

“[The poll] perhaps suggests that it is not being “skinny” that is most important to them anymore, it is being healthy,” Dr. Jacquie Lavin told Singersroom.

Lavin pointed out that while our ideals might be changing we’re still hard on ourselves. “85 percent of women are at least occasionally unhappy with their weight.”

That’s quite a large percentage. Let’s really learn to love our bodies in 2010.