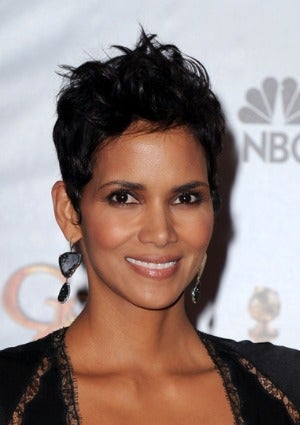 Halle Berry confirmed that she will play legendary songstress Aretha Franklin in an upcoming biopic, according to Huffington Post. Back in September, Aretha handpicked the Oscar-winning actress to star in the film, alongside Denzel Washington and Terrence Howard.

Franklin — who’s still recovering from an undisclosed ilness — said the film has been in the works for years but Ms. Berry was perfect for the part. “Halle Berry is me for the older me and a younger actress has yet to be named,” said Franklin.

Although the film doesn’t have an official release date, Franklin said the project is progressing with plans for production.

“For the last four years, we’ve been talking about [the film], and I have had a number of offers. Unfortunately, they were not good offers,” she explained. “Now, we have something on the table. They have all of the financing on one project and the second project, and he’s in the process of writing things for me to approve on the tele-film.”

What do you think of Halle playing Aretha Franklin – is she a good fit for the part?