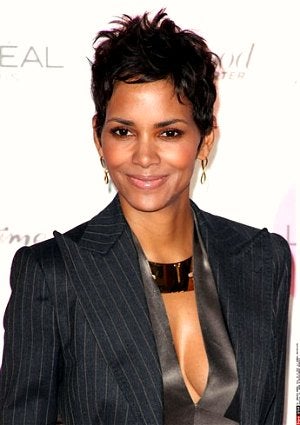 Halle Berry’s year is about to get even better now that she is a Golden Globe nominee for Best Actress for her role in the indie film, “Frankie and Alice.” So far, Berry is the only African-American actress in the running for a Golden Globe, thought to be an indicator of who will be nominated for the upcoming Oscars.     Meanwhile, Oscar producers recently announced that she, along with Oprah Winfrey, would be presenters for the 83rd Academy Awards, airing February 27th, 2011 on ABC. There’s also talk that Berry’s “Frankie and Alice” might earn her another Best Actress Oscar (her first was for “Monster’s Ball”). Sexy actor Idris Elba is also a Golden Globe nominee for his role in BBC America’s “Luther.” Congratulations to Halle and Idris. Who are you rooting for in this year’s Golden Globe and Oscars race?