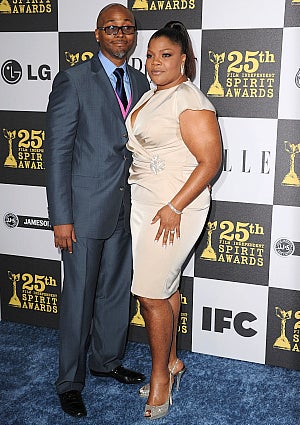 Actress and comedienne Mo’Nique recently got everyone’s knickers in a bunch around Oscar time when she had the gall to show up on the red carpet proudly displaying her unshaven legs. Quelle horror. Clutch the pearls. It’s a disaster. Only, it really wasn’t. Because if it had been up to my parents, no one would shave their legs. Ever. Not Black women, especially, because, as they told me when I was around 13: “That’s something White people do.” While most Black women have completely embraced the notion of the razor, the Nair and other hair remover contraptions and concoctions, there have always been some Black women who didn’t. And while the “mainstream” pretty much had their vote and decided no hair should go there, most of my life Black women who choose to stay hairy have been greeted with a shrug. Yeah, some people were grossed out, but most didn’t care, knowing at least a friend or a member of their family who practically thought leg shaving was the devil’s handiwork. Case in point: My parents. When I was around 12, it occurred to me that I had hairy legs. They, like with many things associated with puberty, just seemed to show up one day, overnight and I was perplexed. I did not like this hair. I did not find it appealing. But I sort of ignored in the way when you’re 12 and you’re still more preoccupied with cartoons and passing seventh grade Algebra. This did not last. A year later, I found that I’d only grown to hate the hair even more. I was ashamed of it some ways–although I’m not sure when exactly I came to this conclusion. Perhaps it was how there was no hairy female role model in the public eye, strutting around, in all her hirsute glory. Maybe if Mo’Nique of the 1990s had strutted across an Oscar stage telling me to be hairy and merry I might think differently. But it was 1992, I was finishing up eighth grade and I couldn’t take having hairy underarms anymore. I knew what my parents would say about the legs. I’d already been told on many occasions that Black women “don’t” shave their legs according to my older, Southern-born parents. But pumped up on some article I’d just seen in the now defunct magazine YSB declaring that apparently that mythological monolith of “Black America” had a vote and hairlessness won, I summed up the courage to use a foul smelling depilatory to remove the hair from underneath my arms. The strangest thing, though. Even though it was almost summer, extremely warm and almost no other girls at my Junior High rocked a hairy afro under the armpit, I felt naked. I felt like everyone was staring at my now smooth armpit. I didn’t raise my arms almost the whole day, suddenly self-conscious. Would they all know that I’d given in to the Westernized standard of hairless beauty? Would they all laugh at me? Or would they point and shout, “It’s about time?” Most of this was the usual 13-year-old, self-absorbed claptrap that plagues us all. I’m almost positive not one of my peers noticed my underarms because they were too busy stressing out over acne. The same thing would happen a few years later when I dared to finally shave my legs. My parents were not thrilled and now that I’m older I think it had more to do with the implications of body hair removal more so than race. Shaving your legs as a teen/pre-teen bumps you into the “girl, you’ll be a woman soon” territory. Even though I had the sort of parents who were progressive enough to teach me about sex when I was nine, they still didn’t like the idea of their baby being seen as anything other than a baby. In their minds, what did I need to shave my legs for? Some man? Some man better not be touchin’ their child! Amazingly, the subject of hairiness and race doesn’t even come up now. My parents accepted that I shaved. I accepted that they thought it was a White thing. Despite this my Blackness was not questioned. Maybe there was some light eye-rolling, but they’d already forbidden me from dating until I was 18. The least they could let me do was let me feel somewhat confident in wearing shorts. After all, there was a vote. Read More: