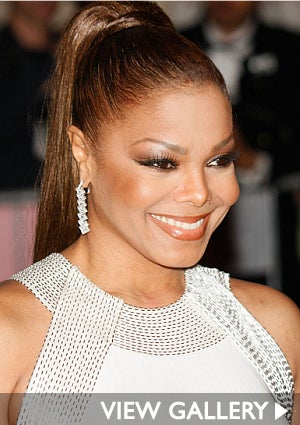 With so few legitimate international pop icons out there (currently, Beyonce is carrying the torch all by herself), we decided that this week’s Hairstyle File would be dedicated to Janet, Ms. Jackson if you’re nasty–one of the last of the major, iconic, triple-threat divas. And we don’t know about you, but we can’t wait to see her in “Why Did I Get Married Too!” From her baby-faced days as Cleo Hewitt on the “Fame” series to her recent, curly-coiffed appearance at Fashion Week, we’ve gathered her most memorable hair moments. Read More: