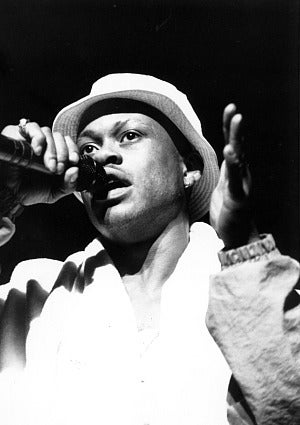 Influential MC/producer Guru, born Keith Elam, of golden-era hip hop group Gang Starr has passed away. He was 43. Guru recently underwent surgery following a heart attack and, according to a statement, he succumbed to cancer yesterday after a long battle with the disease. A native of Boston, Guru’s name and sound became synonymous with underground hip hip during the early 90s. Along with his then-partner DJ Premier, Gang Starr released six classic albums before the group disbanded in 2003. His solo project, the Jazzmatazz series, found him collaborating with jazz heavyweights such as Roy Ayers and Branford Marsalis. In a farewell letter written from the hospital, Guru expresses how hard he fought against cancer and urged his fans to support his non-profit organization, Each One Counts, which he hoped would carry on his charitable work on behalf of abused and disadvantaged children from around the world.