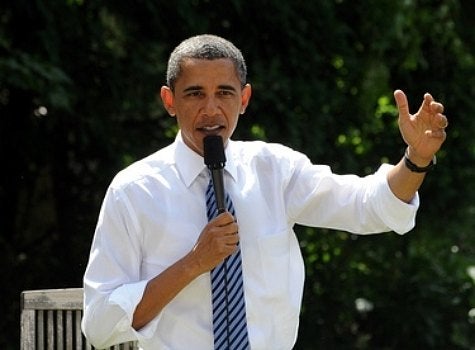 President Obama’s recent support of the controversial Ground Zero mosque, dubbed “the 9/11 mosque,” could possibly help fuel the growing doubt surrounding his religion. According to a new poll from the Pew Research Center, nearly one in five Americans believe the president is Muslim, despite his repeated public declarations of his Christian faith. Forty-six percent of African-Americans say they don’t know the President’s religion — up from 36 percent in 2009. Nearly one-third of Republicans think he is Muslim and the number of independents has grown from 10 percent in 2009 to 18 percent now. “This is an expression of the people who are opposed to Obama having an increasingly negative view of him,” Andrew Kohut, the Pew center’s director told the New York Times. Could it be that the public is deaf when it comes to President Obama’s religion? The White House seems to think so and points to the fact that the president has made six speeches from a church pulpit and has addressed religion on several occasions. He has also been vocal about his daily prayers with a council of Christian pastors over the telephone. One of Obama’s spiritual advisors, Rev. Kirbyjon Caldwell, says he is surprised by the growing number of Americans who believe the President is Muslim. “Never in the history of modern-day presidential politics has a president confessed his faith in the Lord, and folks basically call him a liar,” Caldwell told the Times. President Obama’s “otherness” continues to be the leverage with which most fear-mongering pundits and political officials have an advantage. This faction also continues to question whether he is an American citizen, because, after all, a Black man born in the United States could not possibly be President. How insulting. Most troubling is the idea that because America’s first Black president does not wear his Christian faith on his sleeve day in and day out somehow makes him a Muslim. We didn’t elect President Obama to be our religious leader, nor should he have to prove to us how deep his faith is. We should leave that to his daily reflections on faith, on which he has repeatedly spoken.