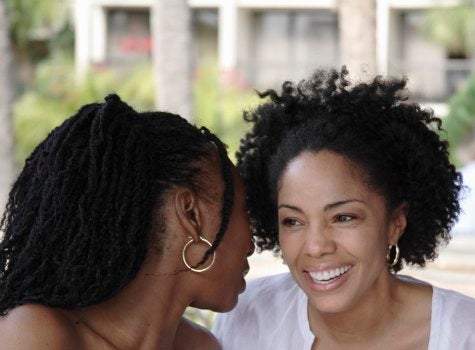 The saying, “If you don’t have anything nice to say, don’t say anything at all,” seems to have some truth to it. In two recent studies that examined the short-term and long-term effects of gossip, researchers found that talking about others may be good for you, as long as you keep it positive, NYTimes.com reported. According to social psychologist Jennifer Cole, people who spoke well of others experienced raised positive emotions by three percent and reduced negative emotions by six percent. What’s more, self-esteem rose by five percent. On the flip side, gossipers with something negative to say experienced reduced positive emotions by 16 percent and their negative emotions shot up 34 percent. It’s the difference between saying, “Her outfit was a hot mess,” and “Her shoes were hot!”