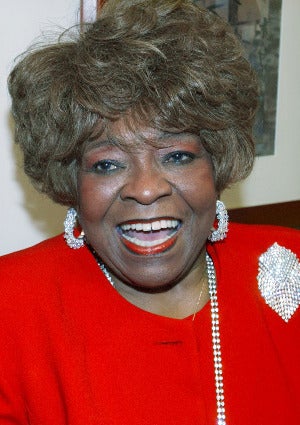 Gospel legend Albertina Walker died today at the age of 81, reports the Associated Press. Known as the “Queen of Gospel,” Walker died of respiratory failure at RML Specialty Hospital after a battle with emphysema. Her death was announced by close friend and radio host, Pam Morris, who called Walker a “living legend.” The Chicago native began her gospel singing career under the guidance of legendary gospel singer Mahalia Jackson. She formed the group the Caravans when she was 22. The Grammy and Stellar Award-winning singer’s career spanned six decades and she’s been credited with launching the careers of Shirley Ceasar and Dorothy Dorothy Norwood, among others. Fans have already posted their rememberances on the Queen on Twitter. “The gospel world has lost another solider R.I.P. Albertina Walker,” tweeted Just_Felicia. “Gospel music has lost a legend today. Queen Albertina Walker, you will be missed!” tweeted Alex. Rest in Peace, Albertina Walker. What is your favorite Albertina Walker song?