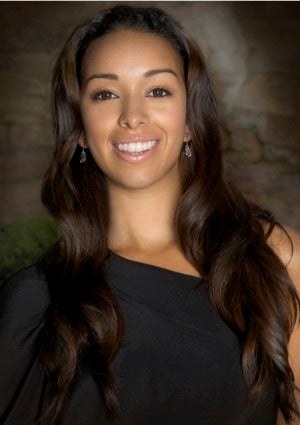 Not too long ago “Basketball Wives” returned to VH1 for its second season, without the fiery Gloria Govan. Since the first season, both she and her fiance LA Laker Matt Barnes have gone through a media storm with rumors of domestic abuse, infidelity, and break-up. However, Govan keeps her head held high and her tongue sharp, insisting that although she may be public enemy #1 amongst the other girls on the show, she still has nothing to prove to anyone.

A true pitbull in skirt, Govan set the record straight with ESSENCE.com regarding her fiance, fake friends, and Shaunie O’Neal.

ESSENCE.com: So, what’s your status on the show this season, are you on or off?
GLORIA GOVAN: I just make cameos on the show, I did three and I may do one or two more in episode 7 or 8. Matt and I had so much going on this year relationship-wise, I decided to take a step back and take a second to focus professionally on our individual growth. I wanted to be involved in the show, but with us moving and some of the other issues we’ve been dealing with, it wasn’t as much of a priority this year. That’s not to say I’m necessarily over the reality thing, but I am over the cast. I would do it again, and would be much more hardcore.

ESSENCE.COM: Is it safe to say you don’t like the girls at all from ‘Basketball Wives’?
GOVAN: When I met the girls the first season, and it wasn’t a welcoming friendship. This season I got the same type of vibe. I’m not going to push friendship, and if you want be friends — cool. I think there are two reasons the girls and I clash. One is that I love Matt. We’re human, we have our issues, our ups and downs, but that still wasn’t going to make me throw him under the bus. He’s my fiance and the father of my children, and I wasn’t going to talk crap about him to make those women feel better.

Secondly, I wasn’t going to betray my family no matter who you are. Just because I wasn’t airing out my dirty laundry, I was labeled fake. I chose to make these cameos to support me and Matt’s business ventures, but also to set Shaunie [O’Neal] straight. I never worried about what she was doing, and I wanted to know why in God’s name she was so worried about me. Shaunie had so much to say in magazines, but I wanted to know what she had to say when we were face to face. I was like, ‘Wait a second, you’re not just going to continue to disrespect me and think you going to get away with it.’ I had to rage up a little bit and set her straight.

ESSENCE.COM: Much of that argument with you and Shaunie was over the fact that you didn’t get married to Matt. Why did you call off the wedding, Gloria?
GOVAN: We decided we weren’t going to get married to satisfy people. Marriage means a lot, it’s more than a piece a paper, it’s a symbolic commitment. Yes one day I would love to get married, but it just isn’t at the top of our priority list, and when it was on the top of our priority list last year — it was for the wrong reasons. We had so much peer pressure from our family, so many friends getting married, and people saying ‘You’ve had kids out of wedlock, you need to do the right thing,’ Matt and I were like alright already. It was when we started planning, we asked ourselves who are we doing this for? We decided once everything got stable, we would make marriage a priority again.

ESSENCE.COM: What’s the story behind you and Matt?
GOVAN: Even though people would like to think basketball wives are all gold-diggers who met their men shaking their ass in the club, I’ve actually known Matt since I was 12. He and my sister Laura are the same age, and we all played basketball growing up. After seeing him again years later, we started dating and were engaged six months later. Matt’s mother passed away in November, we got engaged in March, I got pregnant at the end of March, and then we moved to Phoenix for basketball. People think this year was crazy, but the first year for us was nuts.

It’s been five years and we never got a chance to just kick it and just enjoy each other. I’m a big believer in marriage, but I also believe that when I choose someone to be my life partner I want it to stay that way.

ESSENCE.COM: After the first season it seemed like you were all over the media for the wrong reasons. What really happened with Matt’s domestic violence arrest and the accusations of infidelity?
GOVAN: It was another hurdle in our relationship. Arguing became bickering, and bickering led us to fighting in front of the house just going off. Without being biased, it wasn’t something he should of gotten arrested for. Since I never pressed charges, the judge dropped charges for insufficient evidence. We didn’t go to court for it, and that says a lot. It was completely blown out of proportion. I know how to push Matt’s buttons. I can be the person to walk behind you and continue to argue, so I’ll take the majority of the blame for that situation. As far as the cheating, all the pictures of the girls — the cheating never went down, Matt would be a fool to cheat on me. We’re not perfect, our relationship isn’t perfect, but we love each other and we will not betray each other.