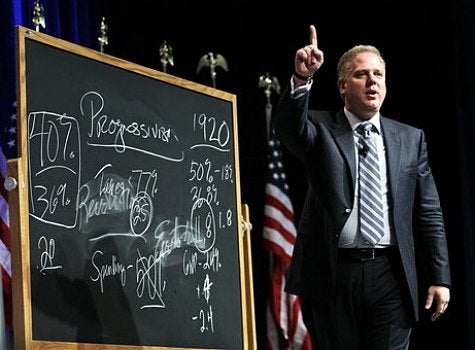 FOX news host Glenn Beck is planning a rally on the 47th anniversary of Martin Luther King Jr.’s ‘I Have a Dream’ speech. Beck and his supporters will take to the Lincoln Memorial on the same day that MLK made his historic speech in 1963. The connection is not lost on Beck, who says the march will “reclaim the civil rights movement.” “We will take that movement because we were the people that did it in the first place,” he recently announced on his radio show. Beck defended his decision to organize his rally on the anniversary, calling it “divine providence.”Whites don’t own Abraham Lincoln,” he continued. “Blacks don’t own Martin Luther King.” Black leaders like the Rev. Al Sharpton say African-Americans can’t let Beck “hijack Dr. King’s dream.” “Everybody’s got to be in Washington,” added Sharpton. Former Alaska Governor Sarah Palin will be speaking at the rally.