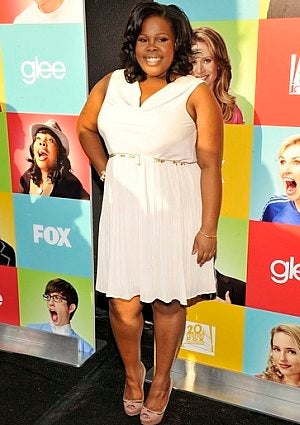 Congratulations to 24-year-old Amber Riley and the whole “Glee” crew. The show, which focuses on a high school choir called New Directions, won Program of the Year and Outstanding New Program at the 2010 TV Critics Association Awards. “Glee” first aired in May 2009. The show’s second season is set to begin on September 21, 2010.
Loading the player...

Sterling K. Brown Reflects On His Most Memorable Scene From ...

Celebrity Women Taller Than The Men They Love