By Britni Danielle · Updated October 23, 2020
Dr. Gladys West, a former mathematician who was instrumental in the creation of GPS, was inducted into the Air Force Space and Missile Pioneers Hall of Fame earlier this month. Considered one of our nation’s “Hidden Figures,” West worked on computations for the U.S. military in the 1950s and 1960s, which led to several technological breakthroughs. A press release from the Air Force Space Command detailed West’s contributions. “Dr. Gladys West is among a small group of women who did computing for the U.S. military in the era before electronic systems. Hired in 1956 as a mathematician at the U.S. Naval Weapons Laboratory, she participated in a path-breaking, award-winning astronomical study that proved, during the early 1960s, the regularity of Pluto’s motion relative to Neptune,” the release read. 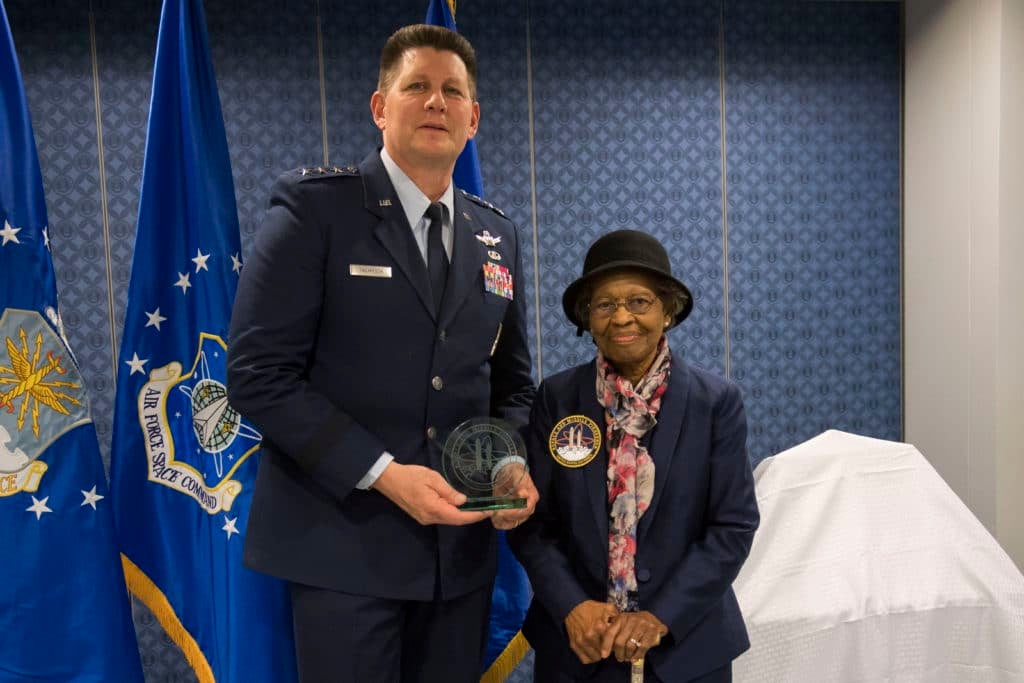 “Thereafter, from the mid-1970s through the 1980s, using complex algorithms to account for variations in gravitational, tidal, and other forces that distort Earth’s shape, she programmed an IBM 7030 ‘Stretch’ computer to deliver increasingly refined calculations for an extremely accurate geodetic Earth model, a geoid, optimized for what ultimately became the Global Positioning System (GPS) orbit,” the Air Force Space Command said. The induction took place at the Pentagon in Washington, D.C. on Dec. 6. Though Dr. West was unable to attend the formal ceremony back in August, she was presented with one of the Air Force’s Space Commands highest honors.
TOPICS:  Gladys West Hidden Figures