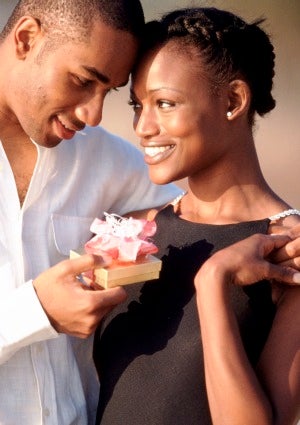 When I was growing up, I was certain that my mother had psychic powers. Every time I would do something I shouldn’t have done, she’d know about it, and exactly what I’d done. Whether it was sneaking an extra piece of cake or staying up past my bedtime to watch TV, this lady would always swoop in with her super powers and catch me. Clearly, my mother is not psychic, but she does possess a super power — women’s intuition.

When she became a mother, it evolved into mother’s intuition. Over the years, I have seen my sister-friends apply their super power in the craziest situations. They’ve known when their guys were cheating, about to propose, and unfortunately, preparing to break it off. Women are psychic! Men, however, are not…

One of my sister-friends who has been married for over decade came to me distraught this past Christmas season. Her husband didn’t buy her a gift for Christmas, or her birthday or anniversary — for the past two years — and she was upset. Now, it seemed very strange to me, coming from him, because he is one of the most generous and thoughtful men I know. In fact, he’d consistently been way too generous with me and I know he loves his wife very much. Something else was up with this one.

I asked her, “Didn’t he used to give you gifts?” I already knew the answer to this question from the parade of bling and ching that I had seen her sport over the years. So then I asked, “What made him stop giving gifts?” She then explained that two years ago he mentioned things were tight with business. It was the height of the recession and everyone was feeling the heat. My sister-friend, being the team player she is, told him not to worry about getting her a gift for Christmas or her birthday. Instead, she told him to focus on their daughter while he tried to get the business back in the black.

I applauded her! My sister-friend is a stay-at-home mother, but she has her own small business as well. But her husband has never even considered the money she’s made from her business as a part of their family pot. It’s her money. Therefore, her telling him not to worry about any lavish gifts was a great contribution, I thought. What she’d failed to do was to tell him that since they were now doing well, she wanted the gifts to resume. She replied, “He should know that already, we’re doing great now.” I had to use one of my Auntie Gayle’s phrases, “Baby bye!”

I went on to explain that women often expect men to have the same super powers they possess. It couldn’t be further from the truth. Men are very cut and dry. We follow directions well, but often find it difficult to think beyond what is black and white. I’m not saying that brothers are stupid. We’re just socialized differently and it is my belief that some of it is attributable to nature.

Too many of my sister-friends and other women get upset with men because they can’t read their minds. In this case, my sister-friend’s husband had just been following what she’d told him and had not even thought beyond it. He wasn’t being negligent. He just didn’t know (or think).

The solution to the problem was simple: ask him to start giving gifts again. Tell him that you were being a team player when things were rough, but now that things were good you expect to receive gifts on those special days in your life. She did. And, guess what he said? “Okay, I didn’t realize. I thought we were just going to focus on [their daughter]! No problem.” And, just like that… she received a little red box (Cartier) for Christmas with the most gorgeous earrings I’ve seen.

I imagine she’ll get something else spectacular for her birthday, anniversary and other special occasions. All she had to do was ask and not assume her husband was clairvoyant. Many of the disagreements that my sister-friends have with their guys are because they assume that men have the same super power. I think; if you want something from your man or for him to do something, try asking for it. He might have no idea that you want it.