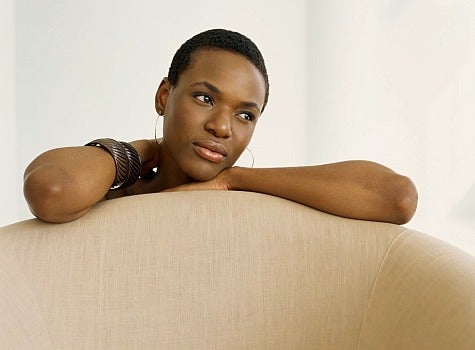 I’ve had the same friends my entire life. Two of my best friends, I have known for close to 35 years. My other best friend, I have known for about 21 years. Unlike Oprah, I have more than five people who I trust deeply in my life. The icing on the cake is that all of my friends get along famously and have become close in their own right. I’ve been very blessed.

I honestly believe that you attract the energy that you put out. And, how you treat people is how you will be treated. I have learned so many lessons on friendship and relationships from my friends. My goal has always been to give them my very best and in turn they have done the same. Not to be arrogant, but I’ve determined that I must be a pretty good friend because the common denominator in all of my great friendships is me.

One of my dearest sister-friends has had a string of failed relationships over the last ten years. After the last one, she came to me defeated vowing “never to date again.” Well, that wasn’t realistic. She went on to assure me that she was serious and that “[she] was content being alone because there were no ‘good men’ out there anymore.” She longed for a man like her dad and a relationship like her parents’.

I braced myself because this sister-friend is not the most receptive to criticism or hearing the truth. I said, “Ever stop to think maybe it’s you and not them?” I ducked under the table and waited for her response. She began to list all of the things that men had done to her in the past and all of the faults of her most recent lovers. Clearly, it was not her fault that they weren’t right. She had her life together.

I knew getting her to see that she was the common denominator in all of her failed relationships wasn’t going to be easy. I explained that from my viewpoint the energy she was putting out was attracting the wrong guys. She challenged me to identify how the energy she was putting forth was drawing deadbeat men. Again, she had her life together. She was right, she did have it together…on paper.

As brazen and bold as my sister-friend is, her self-esteem wasn’t the highest. Her in-your-face and brash nature was merely a mask for the rampant insecurities she felt. I had often seen her belittle the guys she was dating. Reminding them that she was successful (and often more successful) than they were in public and in front of their friends. As I saw it, it was all the result of her feeling insecure.

What “good man” is going to put up with that behavior? Moreover, what “good man” is going to want to get with someone who was clearly dealing with issues of self-worth? My friend may have been fooling herself, but she wasn’t fooling anyone else. And, the kind of men that she attracted knew exactly what they were getting into. They were the kind of men that would take the abuse in exchange for the things my friend could offer. Plainly, they had no problem using her.

I remember receiving one of those chain e-mails that recounted a conversation between a woman and God. She prayed (and I am paraphrasing), “God please send me a man who is intelligent, faithful, secure, loving, compassionate and who has great faith in You.” God replied, “I can not send you someone like that as you are not those things. Instead, you should pray that I help you to be the best person you can be so when that person comes you will be ready for him.”

I relayed that e-mail to my sister-friend and then encouraged her to work on her issues before jumping back into another relationship. I told her that by improving herself she would improve the pool of men that she attracted. I assured her that there were still “good men” out there, but she had to become a “good woman” first. She, in fact, had to change the negative common denominator in order to get a positive result.

We had that conversation last year. It wasn’t easy at first, but she accepted my challenge, went to therapy and began meditating daily. I have seen a marked change in her since then. She hasn’t been in a relationship, but the caliber of guys that she’s been dating has remarkably improved. I am confident that she will soon find her “good man” because she is becoming a “good woman.”

Remember, if you consistently are failing at your relationships – romantic ones and friendships – maybe you should look at the common denominator, which is you!

Catch Nathan Hale Williams and Crystal McCrary Anthony on “Girls Who Like Boys Who Like Boys,” every Tuesday at 10pm EST on the Sundance Channel.