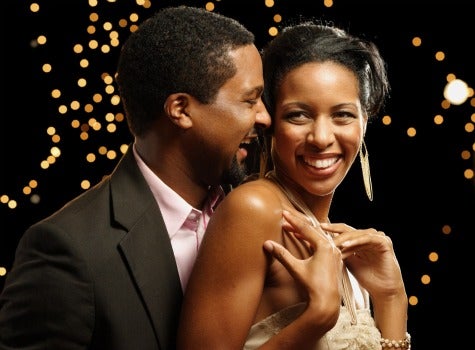 A couple of years ago, I had a sister-friend come to me distressed, because as she saw it, her husband had been taking her for granted. She told me the story and basis for her distress, and she was right, he was taking her for granted. They’d been married for over five years and she had become a “yes” woman, and it was time for her to go back to being a “maybe.” Basically, she was always available, always there and always at his beck and call, no matter what he did or did not do. And, that needed to change… Every Sunday and Monday, men arm themselves with pizza, beer, chips, etc., and crowd around televisions across the country to watch whatever sport that happens to be in season. I have a standing Sunday date with my boys every fall/winter/spring. We start off with football season, which then flows into basketball season. You pick your favorite teams, make your predictions and argue about it all. A joyous cheer or a desperate sigh accompanies every great play and every missed opportunity. The point is: men love competition, even when they’re not actually competing. Knowing the answer, I asked my sister-friend if she felt her husband had always taken her for granted. And of course, she replied, “No.” He wouldn’t be her husband if he had. Most of my sister-friends don’t take too much mess. But, she was not quite sure what had changed or why it had changed. “You stopped being a maybe, and became a yes,” I said. She gave me that classic “What you talkin’ ’bout Willis?” look. I remember when they first started dating and the way she acted then. She certainly didn’t make getting her attention or her time easy for him. In her eyes, she was the prize and he had to prove his worthiness. I even remember her telling him just that…when they were dating. Since then, she slipped into the traditional role of wife; his meals prepared, his laundry done, his every whim and fancy attended to by her. Now, I am not knocking this, I do believe most women don’t mind taking care of their husbands and their families even when they have careers outside the home. But, she’d forgotten her power and the things that hooked him in the first place. It wasn’t her cooking and cleaning skills — it was the prize. At first, she disagreed with me noting that she was not about to start playing games with her husband. My response, “Why not?” Don’t get me wrong; I am not talking about silly things that are contrived and upsetting. But, what is wrong with a little cat and mouse to keep him interested and on his toes? Make him work for it sometimes. Her husband had begun to take her for granted because he could. She was so dependable and always available when he needed her, no matter what. It was up to her to make sure her husband knew that sometimes she was a maybe and he had to do some work to make her a yes. So, I told her, “Go out with your girls,” (she couldn’t recall the last time she had). Ask him to plan dinner at home once or twice a week. Establish a date night every week, where he’s responsible for the date. Remind him of the things he used to do when he was trying to win you that made you happy. Reintroduce the competition to your relationship. And, add a little sexual innuendo in all of this… don’t make demands… make requests that lead to rewards. Let me tell you, she took my advice and it worked. She stopped sitting around waiting for him and started enjoying life beyond her career and marriage. She remained a good and faithful wife, but the moment she started living for herself again, he responded. Two years later, they’re still going strong and are happy. I’m not saying he’s never taken her for granted since then, but according to her and that bright smile… it doesn’t happen often. Now, my sister-friend’s husband knows she is a “maybe” that he has to work for, even though in the back of her mind she will always be a “yes.” But, we all know some things are best kept to ourselves. Catch Nathan Hale Williams and Crystal McCrary Anthony on “Girls Who Like Boys Who Like Boys,” every Tuesday at 10pm EST on the Sundance Channel.