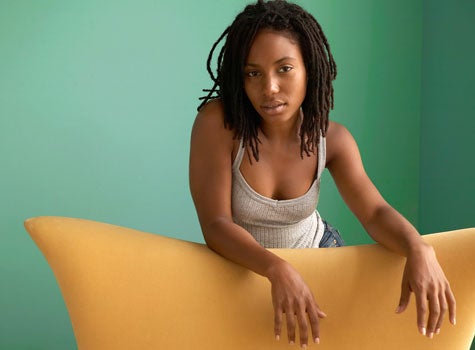 My grandmother’s sister, Auntie Peaches, was one of my favorite aunts. She was spirited and always had a great word of wisdom embedded in the simplest sayings. Plus, she always had candy, carried a pistol and cursed a lot. I absolutely loved her!

One of my Aunt Peaches’ favorite sayings was, “Everybody ain’t able, baby.” She’d often say it in response to someone’s failure. It was her way of letting people off the hook and not getting upset with them when they’d failed. In her eyes, it wasn’t that they failed on purpose. Instead, she just decided that they had failed because they couldn’t or didn’t know to do better.

One of my sister-friend’s that I admire the most called asking for advice on her relationship. She was frustrated that she hadn’t seen the guy she was dating in over a week and that they had only communicated via text. Being from the old school like me, she still hadn’t fully adjusted to the whole “dating by text” thing. She wasn’t too upset as they had established that their relationship would be a casual one.

My sister-friend’s problem was that she really liked the guy and could tell he really liked her too. She didn’t suspect that anything crazy was up with him like another woman. It was just that he had so much going on in his personal life that clearly took precedent over their relationship. His mother had recently moved to New York and was having a difficult time with his father. As a result, the guy spent most of his free time with his mom.

As an entrepreneur, my sister-friend is extremely driven and has enjoyed a lot of success. She has a very dynamic life and it takes a special person to keep up with her pace. Moreover, she was almost 10 years older than he was, had been married and pretty much was in a different place in her life. He was freshly out of school and still working as a hotel doorman. The socio-economics of the situation didn’t bother her so much, but I did think she was naïve to the realities of it all.

When she had agreed to be in a casual relationship she hadn’t contemplated what she truly needed. The idea of having a no-strings attached relationship with no real emotional investment sounded great in theory, especially considering her schedule. In practice, however, it was not so great when she was home lonely and constantly relying on her friends to fill the gap. And though she was technically allowed to date other guys, it just wasn’t her style.

My sister-friend was unhappy with the situation, but confused as to what she should do. The guy had done nothing wrong to her and when they were together she enjoyed the time. My response to her was, “Everybody ain’t able, baby.” I went on to explain that while his intentions might have been good he just wasn’t able to deliver.

And since she brought it up, I was then ready to give my two cents on the relationship in general. I liked the guy a lot. He was really cool. But, my sister-friend needed more. She needed someone who was going to be there to support her in all aspects of her life. A sounding board for when she was struggling. She needed a guy who could add to and enhance her life, not just a good Friday night out. She had two years of casual, go-nowhere relationships and deep down she was ready for something substantial.

I gave my sister-friend advice that I almost never give. I told her to break it off with him. It was one of those rare cases where nothing was really wrong, except that it was all wrong. This guy wasn’t able or capable of giving her what she truly needed. It wasn’t his fault or hers. It just was what it was. They were in polar opposite places in their lives mentally, socially, financially and experientially. It was a situation that was not going to have a good outcome. And, she should end it before it got bad.

She took my advice and it was hard for her because as I said, she cared for him. However, she did have a great sense of relief. She knew it was for the best and that it was time to keep it moving. It was a cordial separation and she hopes to remain friends with the guy. I think they will. Clearly, it just wasn’t right for either of them.

Often times, relationships are not working out not due to anything dramatic or improper. Some times a guy just can’t give you what you need because he doesn’t have it to give. So, if you find yourself in a relationship that just doesn’t feel right, you might have to resolve to say, “Everybody ain’t able, baby” and keep it moving!