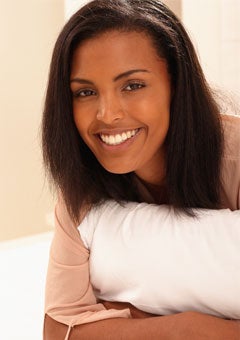 If you’re Christian, you grew up singing that song in church, “This little light of mine, I’m going to let it shine. Let it shine. Let it shine.” My heart melts when I see the toddlers sing that today at my church. Such a simple song with a huge meaning — God/the Universe has given you a light to shine and therefore you should let it.

I love to watch children play, specifically my Godchildren, Jayden and Elliot. They are discovering the world — one leaf, one spider, and one ice cream cone at a time. It is wonderful to see them attack life with such a brilliant and pure light.

It is the main reason why I hate to see some parents and adults do things to dim that light by forgetting kids are kids and not adults. I think the worst thing you can do to a child is dim the natural light that shines within her. It is equally disheartening for me to see adults dim their own lights, especially for someone else.

One of my sister-friends, who I’m not that close with, but have known for years, has always been a vibrant person. She’s the type of woman who wears those outfits that borderline outrageous, but work for her because she has that type of personality. I have always admired her zeal for life and her indifference to what other people think. She did her thing no matter what!

It was her enigmatic personality that always made everyone want to be around her. She was definitely someone you wanted on the list at your party, as you could count on her to do something ridiculously fun. We all loved her just the way she was.

I hadn’t seen her in a couple of years and we both ended up at a mutual friend’s birthday party. Turns out, she had gotten married and had a baby. I was so happy for her and wanted to know everything about her husband and her new life. I offered to grab us some cocktails so we could sip while we caught up. She said she no longer drank alcohol. It was a shocker to me because she could drink a linebacker under the table. But, I do understand people evolve and didn’t think much of it.

When I returned with my gimlet in hand and her Sprite, we sat down to shoot the breeze. As she told me about her day-to-day life, I felt like I was talking to a complete stranger. This couldn’t be the wild and crazy girl that I’d known for years. Instead, some demure Stepford Wife had invaded her body. Then, I noticed how she was dressed; floral print dress, two-inch pumps and pearls.  Wow!

As she continued about her life, I felt like I was in an episode of Charlie Brown, because all I heard was “womp, womp, womp!” I was stunned! Don’t get me wrong; I know people do change. But, this was like Snooki becoming Mother Theresa; people don’t change that much! More importantly, I was getting bored. The interesting, hip, life on the edge girl I knew was clearly gone and I was counting the moments when I could break away from her.

Then, I said it! I was probably out of line, but I had to do it. I asked, “So, what gives? You’re a completely different person than what I remember you to be.” At first, she was taken aback by the question. Then, she paused for a moment and saw an opportunity to talk. She told me that her husband was really conservative — a Republican — and how over the course of their relationship he’d made “suggestions” on how she should conduct herself. He had intentions of running for office.

I could tell she was unhappy with this change, but she clearly loved her husband and child. My question was, “Who did he think he was marrying?” Her response, “He says he saw my potential past all of the other stuff.” I was heated! All that “other stuff” was what made her special; it was her light.

Of course, I went on to encourage her to let her light shine. Otherwise, she was going to be miserable for the rest of her life. I asked, “Do you even like pearls?” She gave me that smile that reads, “Hell no!” My goal was not to interfere in her relationship because she had clearly made some choices. I did, however, want to encourage her to seek a way that she could be more of herself and let her true light shine.

I don’t know what happened with my sister-friend after that birthday party. I haven’t seen her since. I pray that she is becoming more secure in who she really is at the core and allowing herself space to be that person within the confines of her marriage. Not only is she doing her self a disservice, her husband is missing out on a truly awesome woman.

I see so many women dim their lights for men and nothing upsets me more. Don’t play dumb! Don’t play conservative, if you’re not! Don’t play anything — be yourself! If a man is looking for you to mute your music, then he’s not the man for you. You can only be someone else for so long before your true self comes out. And, it’s usually too late then. So, it’s best for you to stay true to the light God gave you and let it shine!