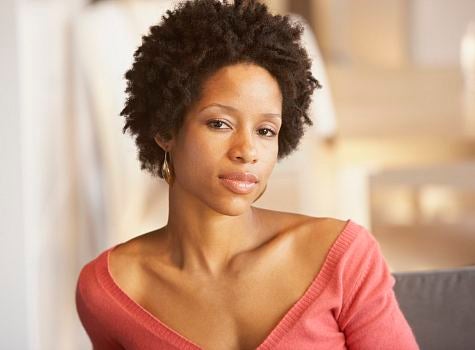 The lyric from “When Doves Cry” is perfect because it truly sums up the moment when you’ve had enough of the chase and want a lover to respond to your advances.

To me, unrequited love is not romantic; in fact, I think it’s pitiful. There is no romance in running behind someone who is “just not that into you.” And, I believe that true love is easy and effortless — at least in the beginning. But, we so often embark upon a relentless chase, and end up subverting our good sense and pride.

One of my sister-friends came to me recently about a guy she’d been seeing for about two months. She couldn’t understand why he was not responding to her in the way she wanted and she sought some advice on how to handle it. Now, this sister-friend is pretty fly. She’s extremely intelligent, yet in a way that is accessible and attractive. As a result of a 4-day-per-week workout routine, she has an amazing body. And, by all accounts (from men and women) she is drop dead gorgeous. I could understand why she was confused.

My sister-friend wondered if it was because she was rusty in the whole dating process and therefore, doing it all wrong. She was recently divorced and had not dated in about 10 years. The last time she dated there was no text messaging, dating sites, or proliferation of the Internet like there is today. “Maybe she just needed to catch up,” she thought.

When she began to tell me more about the situation, I realized it wasn’t her technology skills that were rusty; it was her dating skills in general. She told me that she would text the guy. When he wouldn’t text her back, she’d text him again. At times, he would also take days to return her calls. And, he rarely initiated their dates. Nonetheless, she continued to reach out to him. She brought lunch to his office. She bought him nice gifts (too nice, in my opinion, for two months). Basically, she was in all-out chase mode and didn’t realize it.

My sister-friend was mostly confused because, as she saw it, the first two weeks of dating were outstanding. The guy’s behavior was very different and he was very attentive. Without her telling me more, I knew exactly where she’d gone wrong. She had gotten too excited too soon! After two weeks of great dates and courting, she was ready to pick out china patterns. He, on the other hand, probably was doing what you do in the initial stages — making a decision whether the person is for you or not.

Please don’t get me wrong; I completely sympathize with my sister-friend. It is very difficult jumping back in the game after being off the field for so long. She had grown accustomed to the stability and comfort of a relationship and was eager to experience that again. In the process of her getting back in the dating game, she’d forgotten her pride. You don’t have to chase anyone (too hard) that wants you … especially if you’re a woman.

I explained, “If he’s not calling you back, stop calling. If he doesn’t respond to your texts in a timely manner, don’t text him. And, by all means, if he doesn’t call you to make plans and dates, don’t you dare call him!” Men go after what they want and there tends to be little ambiguity. Yes, you’re gorgeous and smart, but that doesn’t mean every man wants you. I asked, “Are you into every handsome and intelligent man you meet?” Of course, she replied, “no.”

Taking my advice, she decided to stop initiating communication with him. Naturally, they stopped communicating. She was a bit sore, but she’s a good listener and bright. So, she learned the lesson. These days, she doesn’t waste her time when guys are not giving the proper signs and simply moves on to the next one. It’s actually what dating is all about — a survey of the single pool of men and women. You keep swimming around until you find the right catch.

If this sounds familiar, please take this bit of advice: The next time you’re dating someone who is not responsive to your advances or not communicative in a manner that indicates they are interested in you, I want you to dig out your dusty “Purple Rain” album, call them and say, “[I won’t] chase you, even doves have pride!”