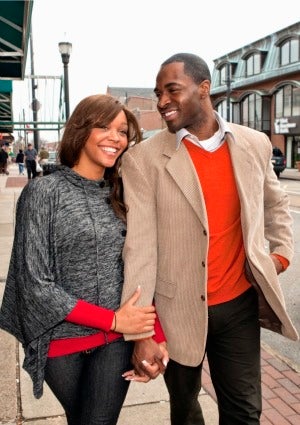 Albert Einstein said, “The definition of insanity is doing the same thing over and over again and expecting different results.” We all have habits or patterns in our lives that we know do not yield the best fruit, but we keep doing it anyway. I believe it stems from fear of the unknown. In order to get different results, we must do things differently and create new opportunities for ourselves.

One of my favorite songs to play for someone’s birthday is 50 Cents’, “In Da’ Club.” I also like Beyonce’s remix. By all accounts, 50’s version is a hot song. It made him a hit rapper. And, it let’s you know where you can find him…in the club.

Whenever I hear the song, it reminds me of one of my sister-friends. She has an ebullient personality; she is always happy and always in the club. Pick a day of the week and your best bet would be that she’s somewhere getting her drink on and kicking it. I don’t judge her because she is young, single, handles her business professionally and is generally just a good person. And, she’s no “loosey goosey.” She just likes to have fun.

After the New Year, Like most people, my sister-friend decided she wanted to make some changes. She was trying to figure out why she’d been unlucky in love. She had no problem meeting guys — they approached her all the time. She was knocking on 30’s door and was starting to crave a stable relationship with a man. Unfortunately, all the guys she was dating were looking to have casual relationships. She had been fine with this in the past as she focused most of her attention on building her career. Now, things were changing and she wanted more.

I asked my sister-friend, “Where do you meet most of the guys you date?” Now, you know what she said… in the club. I replied, “no wonder.” I am not knocking meeting people in the club, but your chances of meeting “Mr. Right” in the club are not the greatest. I do know some married folks with great relationships who met in the club — my best friend met her husband in the club — but, for the most part, the relationships that I know of that started in the club didn’t last.

My sister-friend being the sassy diva she is replied, “where else am I going to meet guys? I’m always at the club.” She made my point for me. I argued that if she repeatedly failed to meet the type of guys she was looking for at the club why was she always there. I told her that she needed to create new opportunities for herself.

“You sound like Dr. Phil,” my sister-friend replied. We both laughed as I went to explain what I meant. True, the club is fun, but what about a trip to a museum. She used to be active in softball in college. Try joining a co-ed softball league. I’m not one for going to church solely to meet a husband or a wife, but if it happens it’s certainly not a bad place to meet someone. Of course, she couldn’t remember the last time she’d been to church. I continued down a laundry list of places and activities where she could potentially meet the caliber of men she was looking for now.

It’s hard to teach an old dog new tricks and so at first, my sister-friend disregarded my advice. Instead, she decided to go back with an ex-boyfriend she’d been dating off and on for about seven years. It takes a lot to upset me, but that pissed me off. She was doing the exact opposite of what I advised. My advice is no golden rule, but I thought it was pretty solid in this circumstance and she completely ignored me.

I had reached the conclusion that my sister-friend was insane. If it hasn’t worked out in the seven years you’ve been trying this, why would you think it would work out this time? Guess what? It didn’t. Last week over dinner she came crying, “I know, you told me so.” She and the guy went down the same path they always did ending in disaster. Thankfully, it made her ready to try some new things and do some things differently.

It’s only been a week, but we’re scheduling some new events on her agenda. I’ll let you know how it goes. I am certain that she is going to see a difference in the men she meets outside of the club.

We all have habits that are hard to break especially when it comes to dating and relationships. If you find your habits are yielding the same unwanted results maybe its time to break those patterns and create some new opportunities for yourself.