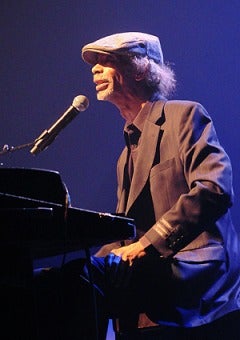 Gil Scott-Heron, the Chicago-born musician and poet, has died at the age of 62. His book publisher confirmed the passing, which occurred yesterday in New York City. No official cause of death has been released.

Scott-Heron is most widely known for inspiring the development of rap music. In the early 1970’s, he began performing spoken-word sets to music. “The Revolution Will Not Be Televised” became Scott-Heron’s breakout hit in 1974, earning him the title the “Godfather of Rap.”

Over the course of his lifetime, he recorded 15 studio albums, 11 compilation albums and 9 live recordings. RIP Gill Scott-Heron.