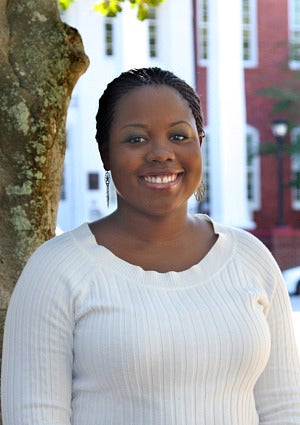 As we celebrate Dr Martin Luther King Jr.’s birthday and President Obama’s call to service, meet Georgia native Crystal Hardy, who, at just a 20 years old, has already dedicated her life to the service of others, mainly by spearheading recycling initiatives in her community.

Her volunteer work has earned her a spot as one of only 20 Americans to carry the Olympic torch to Vancouver, Canada to kick off the Winter Olympics later on today. The Georgia Southern University student spoke with ESSENCE.com about the Olympics and the importance of giving back..

ESSENCE.com: How excited are you to be chosen as one of only 20 American Torch Bearers?
Crystal: It’s an honor to carry the United States torch flame just because it symbolizes unity. To be among all these people wanting to make a difference in the world really feels awesome and amazing.

ESSENCE.com: How did you become an Olympic torch bearer?
Crystal: Coca-Cola had a contest online where they were looking for 10 students in the United States who represent positive living through the arena’s of exercise, recycling and community involvement. I contacted my former Girl Scout leader and asked her to write me a nomination letter and about a month later I got a phone call to say I was chosen to be one of the Olympic torch bearers.

ESSENCE.com: You have quite a background in community service, especially with recycling.
Crystal: Yes, in November 2007 I co-founded the Laurens County Green Teens and what we do is encourage schools to recycle their PET 1 bottles–the clear or green bottles that you drink Coke or water out of. One of our local recycling companies picks them up and turns them into carpet. We’re saving space in the landfill and keeping trash off the community ground but also the proceeds go towards funding local schools.

ESSENCE.com: Most 20-year olds aren’t thinking about starting recycling initiatives. Where did you get that much love for your community?
Crystal: That came from not only being a Girl Scout but also from my mother who always taught us to serve everyone with a humble attitude and to always give back.