By clicking Sign Up, you agree to our Terms of Use and that you have read our Privacy Policy
Skip to content
By Breanna Edwards · Updated October 23, 2020
Georgia state Sen. Nikema Williams is living her ancestors’ wildest dreams. That is why, last fall, she decided to take a leap of faith and run for the state Senate in a 2017 special election, taking her chance to represent the people of Georgia’s Senate District 39, and all their hopes and dreams. “I must continue to fight because I know that I am up against a system that was not created for me or by people that look like me, and I am operating within a system that wasn’t designed for me,” the Democrat told ESSENCE in a phone interview. “I’m going to continue to speak up for those that for far too long have been overlooked and unheard in our political process.” That decision, and dedication, was put to the test about three weeks ago, on Nov. 13, when she was arrested and jailed following a protest at the state Capitol, during which protesters demanded that every single vote be counted in the tight and contentious Georgia races that have held national attention. But Williams doesn’t regret standing with her constituents; rather, she regrets the fact that officers “unlawfully” arrested her when she was doing nothing other than standing with her people. “I was detained in the Fulton County Jail for six hours, and finally released with two charges on a $6,000 bond, and I now have a legal team because I have two pending criminal charges against me. As a sitting state senator, I’m having to fight because my charges have not been dropped. Everybody else received one charge on that day, disrupting the General Assembly, but I think they wanted to make an example of me to keep me in my place and to get to me learn my place. So I received two charges: disrupting the General Assembly and obstruction of a police officer,” Williams explained. Nonetheless, she brushed off the charges, defiantly stating, “I hope that they don’t think they were gonna embarrass me or intimidate me and make me retreat to a corner, because that is not who I am; that is not the bloodline that I come from.” That is indeed not the bloodline she comes from. Williams was perhaps, in some way, born into this line of work, growing up heavily involved in politics. During her childhood in rural Alabama, her grandfather was a neighborhood leader, who always carried slate cards in the back of his pickup truck. “It was my job to jump off the truck and drop off the slate cards at our neighbors’ doors so they knew who to vote for. It was just fun for me to be jumping off the back of my grandpa’s pickup truck, but I didn’t realize we were actually doing things that I’m doing now professionally,” she recalled. Her great-aunt Autherine Lucy—whom she remembers seeing in her ninth-grade history book—integrated the University of Alabama. “Those are things as a child you don’t fully realize how big they are and the magnitude of them. Now, like thinking about how I look at life and what I should be doing, and how it is my role to stand up for other people, it was always a natural fit for me to move into a more political elective office,” Williams added. After attending college in Alabama, Williams moved to Atlanta, not knowing anyone, and quickly got involved with the Young Democrats of Georgia, engaging with the community around her. The rest is pretty much history: She worked for Planned Parenthood in several capacities for 10 years; she also served as vice chair, and had a stint as interim chair, of the Democratic Party of Georgia. Currently, in addition to being a senator, she is state director of Care in Action, a nonprofit, nonpartisan group dedicated to fighting for dignity and fairness for the millions of domestic workers. All this and more: She is also the mother of her 3-year-old son, Carter, and working to ensure that he, too, lives beyond her wildest dreams. 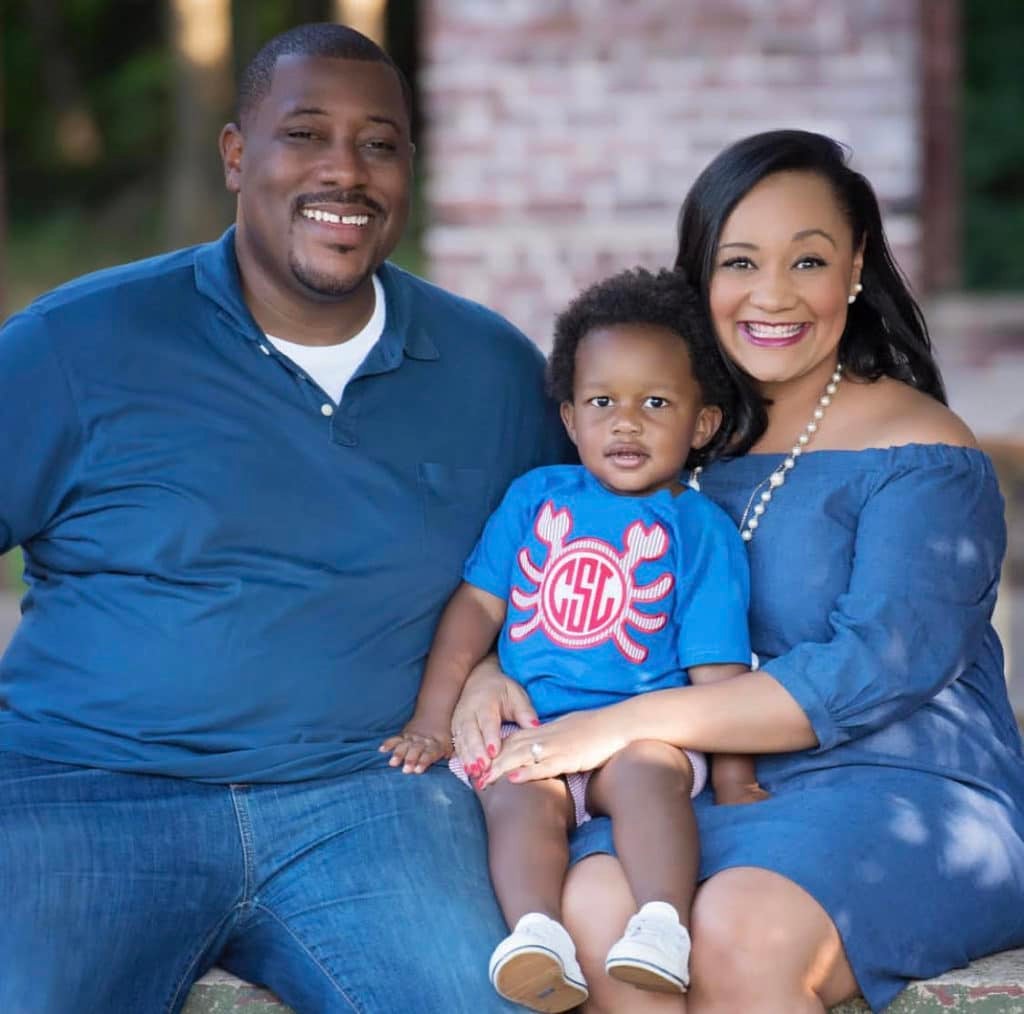 So when Williams got arrested, she took it in stride, even though she acknowledges that it was a traumatic experience that she remembers in vivid detail. She recalls the heavy police presence, unlike anything she’d seen before at the state Capitol. Williams was on another floor of the building initially, but after hearing some glass break and a commotion coming from below, she decided to go down and check on her people. Constituents immediately started telling her that someone was thrown to the ground for no reason, and that police were arresting people just for protesting. At one point, according to Williams, an officer didn’t like how one individual was questioning him, and threatened to make an announcement to force the crowd to disperse. The officer ended up following through, and Williams ended up having her hands “yanked” behind her back and placed into zip ties as she was escorted from the building with about 14 other people. Williams wryly acknowledged that there were things she learned that day. For example, wearing heels is not a good idea because you will have to remove them upon being jailed. If you are wearing flat shoes, you are allowed to keep your footwear. “The other thing that I learned was, don’t wear a dress because then you’re asked to take your clothes off to be strip-searched. They told me they thought I might be hiding something in my vaginal cavity, that they needed to strip-search me, and at that point I didn’t even know why I was being detained; I had not been read my rights,” she said. “I had not even been charged with anything, and it was the most horrific experience ever, just for standing in the Capitol Rotunda with my constituents as they demanded their voices be heard and every vote be counted.” The racial bias of what happened to her did not escape Williams. It was something her colleague, Democratic state Rep. David Dreyer, also called out, noting that he was there around the same time as Williams but was left untouched.

State Rep. David Dreyer speaks outside Fulton County jail about the detainment of @NikemaForSenate earlier today at the state Capitol during a #CountEveryVote protest pic.twitter.com/0EvKYaRNbk

“There were a couple of white people that were arrested, and oddly enough they were able to get their hands out of the zip ties because they weren’t placed on them tightly,” Williams told ESSENCE. “Whereas my hand was sore for days afterwards because the zip tie was so tight on my wrist that I couldn’t even move my wrist within it behind my back. “It’s a reminder that we are in the Deep South,” she added. “Even what we were protesting for is a reminder because the people that were disproportionately affected by the voter-suppression tactics, for the whole purpose of us demanding that every vote be counted, were majority people of color. … It’s 2018 and I see so many similarities between what my grandparents and my aunt faced in the ’60s, fighting for civil rights and fighting for justice for our people.” In the end, though, it is a legacy that Williams is willingly fighting for, noting that the city she represents is one of the places where this fight for votes began. “Atlanta is the cradle of the Civil Rights Movement. People put their lives on the line for us to have the right to vote, and for us to be able to lead authentically and unapologetically, and we have to continue that legacy,” she said. “That’s what I’m here to do.”

Biden Calls 'White Supremacy A Poison' In Buffalo Shooting A...

Michael Jackson’s ‘Thriller’ To Be Reissued For Its 40...