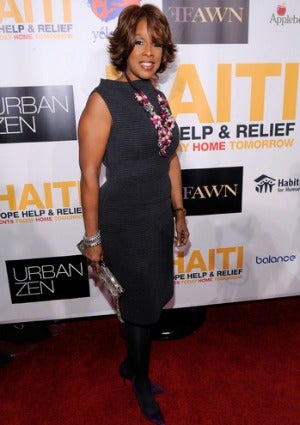 Gayle King is breaking her silence and commenting on her BFF Oprah’s revealing Barbara Walters interview last month — and she’s sharing her thoughts on those much talked about lesbian rumors. King tells USA Today that she was in Tasmania when she caught the TV special. “I called her (Oprah) and said, ‘I’m sitting in my room crying all by myself,” King shares. She went on to ask Oprah why she cried and she responded, “I was just caught off guard. No one had asked me the question that way.” As for the lesbian rumors, King said, “It used to bother me, now I say, ‘Okay, if people believe it, there’s nothing we can do to change their minds’ … it’s just silly that we would deny or hide that because it implies something is wrong… that’s what bothers me more than anything. There’s nothing wrong.”   Do you have a best friend like Oprah in your life?
Loading the player...