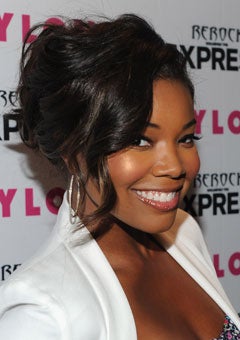 If you loved reading Steve Harvey’s “Act Like a Lady, Think Like a Man,” you are in for a treat. A movie based on the book is in the works, and Gabrielle Union has just been cast in the film, reports Indiewire.com.

Gabrielle will star alongside Taraji P. Henson, Michael Ealy, and Kevin Hart in the movie titled ‘Think Like a Man,” which tells the story of a relationship expert who doles out advice to a married couple near the end of their rope. Production is set to start this summer, with Harvey on board as executive producer.

In addition to working on ‘Think Like a Man,’ Gabrielle will also star in a new indie film titled “Family Tree” about an estranged father and son who coincidentally book the same vacation home with their two girlfriends, one of which is played by Gabrielle.