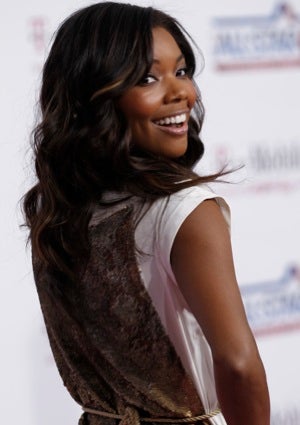 If you were expecting to see Gabrielle Union sitting around a brunch table with Shaunie, Evelyn, Jennifer, Royce and Tami on “Basketball Wives,” don’t hold your breath. Union says she doesn’t need a reality TV show to pay her bills.

“I pay my own bills, first off, so I’ve never put myself in a position to have to be a jackass or to have to sell myself down the river for a reality show,” Union said. “I was just raised a little differently and my situation is a lot different, being that I have my own career, my own celebrity status on my own, independent and before him. But don’t knock anybody’s hustle, it’s just not my path.”

Sounds like she just did knock the hustle, but Gabby’s celebrity did come long before she and Dwyane Wade became an item. The actress also quelled pregnancy rumors — for the second time — and noted that she’s not getting preggers before Dwyane puts a ring on it.