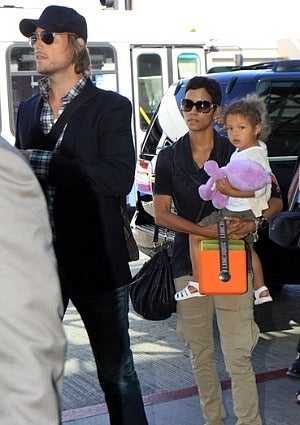 Halle Berry and her ex-boyfriend Gabriel Aubry seem to have worked out a pretty good arrangement that allows them both to spend lots of quality time with their daughter Nahla. But you can never be too careful about these things, we suppose. According to TMZ, Aubry filed a paternity petition, requesting that a judge officially declare him Nahla’s father on December 30, 2010.

Apparently Gabriel was just protecting his rights as a father, in case of any uncertainty in deciding who gets to spend time with the adorable two-year-old. TMZ reported that he and Halle have worked out whatever differences they may have been having and neither mom nor dad feel the need to file for custody in court.